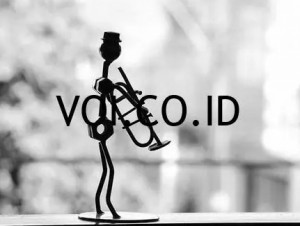 One branch of fine art that is often used as souvenirs when traveling is sculpture. Sculpture itself is a three-dimensional art which is considered to have high aesthetic value. The manufacturing process itself has different methods, depending on the material and materials used by the sculptor.

According to Mikke Susanto, sculpture is a 3-dimensional art whose manufacturing process includes subtractive or additive processes. Substive in question is the process of cutting or reducing materials, while the additive process of making sculptures by determining the model then casted or printed.

In contrast to Mikke, Soenarso and Soeroto argued in their book that sculpture is all the work of art in space. That is, every work of art that has a length, width, and volume, whatever its shape can be called a sculpture.

B.S Myers has another opinion by saying that all sculpture is a 3-dimensional work that is not tied to a particular background or building.

If we read the whole understanding expressed by experts, it can be concluded that sculpture is a 3-dimensional art that is spatial and not bound to certain buildings which in the manufacturing process includes both subtractive and additive processes.

Sculpture itself has a different history, function, technique, and method of manufacture. Here are some complete reviews of sculpture.

History of Sculpture in Asia

The history of sculpture in Asia is generally influenced by Hinduism and Buddhism where the statue is always present in their religious ceremonies.

Historically, the statue was first discovered with the year of manufacture around 3300-1700 BC in the Indus Valley, India. The shape of the statue has become more complicated and detailed since the influence of Hinduism, Budaism and Jainism.

The discovery of the statue in China was much older than in India, which is around 10,000 BC in the form of artifacts. The Zhou Dynasty (1066-221 BC) gave more relics in the form of bronze vessels, while the Qin Dynasty (221-206 BC) was more famous for marching statues of soldiers.

In contrast to the Han Office (206-220 AD) whose sculptures always feature an element of strength, a new Buddhist-smelling statue appeared in the Tang Dynasty (3 CE), where it was believed that this was the golden age of China.

History of Sculpture in Africa

In Africa there are figurines made of clay and are among the oldest clay sculptures in the world. This statue originated from 400 to 600 AD.

Many archeologists argue that based on historical traces that sculpture in Africa began in the civilization of Nok, Nigeria in 500 BC. His famous works are always related to the culture of Ancient Egypt (Pharanoic).

Typically, sculptures in Africa are made based on the representation of the place of origin of the statue and the human characteristics from which the statue was made. Examples are as follows:

West Africa always has the form of a statue that has an angular shape and elongated body. The statue from West Africa also portrays an 'ideal' face rather than its original individual form. However, statues from West Africa that speak Mandarin are different. Sculptures in this area are made in a wide shape and cylindrical arms and legs.

Central Africa has a heart-shaped statue that is curved inward. The Central African statue also has circle and dot patterns. But this is not universal because there are some groups of people who prefer geometric shapes and angles.

In East Africa itself a pole-shaped statue with a peak made like a face. This statue symbolizes death.

Ancient Egypt itself took the form of a statue that is considered like a representation of the gods and even the pharaoh. There are several conditions for making statues at this time, namely male statues must be darker than women, statues must be made in a sitting position, with hands placed on the knees.

This Ancient Egyptian rule was heavily guarded for hundreds of years so that it did not lead to the development of sculptures at this time.

With the technologies developing in every industry and every sector, sculpture industry have developed and upgraded their systems as well...

Pure art is an art form whose manufacture prioritizes aesthetic values??over functional values. Fine art is more a work of art with the...