Can you claim legal costs in arbitration? 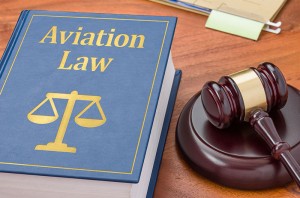 Isn't it too complex and too expensive to proceed with arbitration? What all costs can we recover in this arbitration apart from the claim? Can we claim attorney's fees or legal costs from this arbitration? There are few but very frequently asked questions from the Lawyers of UAE, and the answers to these questions can be spotted in this article.

One of the most appealing advantages of turning to arbitration is the tribunal's authority to award legal costs and expenses. These would ordinarily incorporate the arbitrator's fees and any other costs incurred in any arbitration institution. It is a recent practice in UAE among commercial parties to empower the tribunal to award legal costs either within the Terms of Reference or drafting a special provision for the same. However, under certain circumstances, the ability of the tribunal to grant legal costs is a challenging task.

Consequently, the Arbitration Lawyers of Dubai have simplified it through this article for all the commercial parties in arbitration or desiring to file for arbitration. The concerned article will emphasize the most prominent arbitration institute of Dubai that is Dubai International Arbitration Centre (DIAC). The article is divided into several categories to comprehend the status of each case easily.

Parties in arbitration may incur different types of costs; wherein the three main costs involved the Tribunal Fees; Administration Fees; Legal fees for experts and for legal representations. The expenses incurred in legal fees is the main expense incurred by the parties which distinguish arbitration from litigation in another aspect where you can recover legal costs in arbitration as opposed to litigation in UAE.

Generally, just prior to issuing the final award in any arbitral proceedings, both the parties will submit a document entailing a post-hearing cost wherein they will seek an award against the opposite unsuccessful party for payment of legal costs incurred in initiating or defending the proceeding. In addition, the domestic arbitration in UAE in any given arbitration Centre specific powers are allotted to grant legal costs, and the discretion of tribunal under such cases are extensive. Having said that, there are several principles which are referred to by the arbitrators in order to determine and allocate the legal costs to the relevant party, regardless of the rules applicable in Federal Courts of UAE where only a certain amount of legal costs is awarded to the winning party.

In contrast with other countries where the law governs the legal costs to be granted to the parties, UAE tribunals have the authority and opportunity to decide the legal cost incurred by the parties. Notwithstanding the generality of the foregoing, tribunals authorized to award legal costs in UAE would still have to face the difficulties in granting the legal costs and to ascertain the sensibility and proportionality of such sum awarded.

As said above, the parties can now make special provision for the right granted to the tribunal to award legal costs in the concerned agreement or a special agreement for that matter. It has been recently affirmed by Dubai Court of Cassation in case number 282 of 2012 which was earlier a grey area. The court in its case held that the tribunal only empowered to order the party opposing to compensate for the legal fees if that power is driven from:

DIFC and ADCCAC are the most frequently adopted arbitration institutes in UAE, it, unfortunately, the rules issued by these arbitrations centres does not explicitly empowers the arbitrators to award legal costs. On the contrary, not so common DIFC-LCIA (Dubai International Financial Centre- London Court of International Arbitration) does authorize the tribunal to award and allocate legal costs to the parties to the dispute.

Presently, an express agreement empowering tribunals to grant legal costs is the most commonly used method in UAE which is usually reflected in terms of Reference or special provisions within the contract. An express agreement between parties indicates healthy and unbiased proceedings and let the tribunal decide the case on merits.

Factors Assisting Tribunal to determine Costs Generally, tribunals award costs relying on several principles and factors prior to determining the costs for legal expenses and follows a simple rule of "winning party majority costs" wherein the winning party predominantly recover major legal costs. Yet, there are numerous factors which leads us to such determination as follows:

To summarize the treatment of legal costs in arbitration proceedings in UAE is at par with the international arbitration standards. Further, the disarray with regards to recovery of legal costs in DIAC has now been settled by Dubai Courts wherein, a provision in the law or a special arrangement to that regards will empower the tribunal to award legal costs to either party.

The Advantages of Lodging a General Protections Claim – A Guide by Adverse Action Lawyers, Perth

If an employee has had their employment terminated, an employee can commence various claims arising from the dismissal, including a general...

Gourav Kr
How Can I Get Legal Aid for Employment Issues?

Legal aid is financial assistance that the British government provides to people. This is the money that is given to cover the legal...