Skin Cancer Symptoms: How to Prevent It? 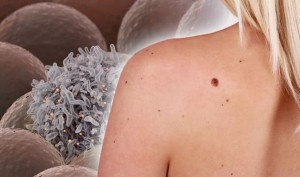 Skin cancer is the most common form of cancer around the entire world, accounting for 40% of total cases. However, it is also one of the least fatal because it is less likely to spread to the internal organs or lead to significant blockages. There are multiple types of skin cancer that can develop, including basal-cell skin cancer (BCC), squamous-cell skin cancer (SCC), and melanoma. Melanoma is the most dangerous one because of its aggressiveness and propensity to spread.

To determine whether or not you have skin cancer, you need to see a dermatologist or other doctor for a full exam and proper diagnosis. If you are experiencing the following skin cancer symptoms, schedule an appointment as soon as possible.

The most notable skin cancer symptom is the development of an unusual growth or sore which does not disappear after a short period of time. This sore or growth is typically the first indication of a non-melanoma form of skin cancer.

Skin cancer can also appear as a nodule, rash, or irregular patch of skin that is slightly raised and may occasionally ooze or bleed. As cancer develops and grows, the size and shape of the mass on the skin will change and enter deeper layers of the epidermis. It is difficult for the average individual to tell if a new development is cancerous or not, so it is important to seek out a dermatologist for direct spot testing.

This form of cancer first appears as a pale patch of skin or maybe a waxy translucent bump on the surface. It is common to see blood vessels or an indentation that gives the spot a unique appearance. As cancer develops, the bumps can turn to lesions and may bleed, ooze, or become crusty.

Like Basal cell carcinomas, a squamous cell carcinoma often develops as a firm lump on the skin with rough edges around the surface. Over time, the cancer can become red and scaly and develop a noticeable skin rash with rough, lesion-like patches. Squamous cell carcinomas might be found on the head, neck, hands, or arms. It can also form on the genitals and other regions of the body without sun exposure.

A melanoma, also called a Merkel cell carcinoma, will appear as a red or flesh-colored mole that develops quickly and rises above the skin. It is a small tumor that can be found on any areas of the skin which are regularly exposed to the sun, including the face, hands, arms, and scalp.

How to Prevent It?

Because skin cancer is caused to overexposure to UV radiation, the simplest way to prevent its development is to avoid exposure to the sun. Some of the best ways to do so include:

Who Is at Risk of Skin Cancer?

Everyone is at risk of skin cancer, but some individuals are more likely to develop it than others. These include people who spend an extended period of time working outdoors, people who like to go tanning, and those with a genetic disposition of skin cancer.

Men are at an increased risk, as are Caucasians with fair skin. However, everyone should be checked on a regular basis.

When a person gets diagnosed with cancer, they're mostly devastated to be unaware of how to ask over for help; but they definitely need it...

Lung cancer is the leading cause of death due to cancer among both categories of patients – men and women. It is estimated that more than 8...