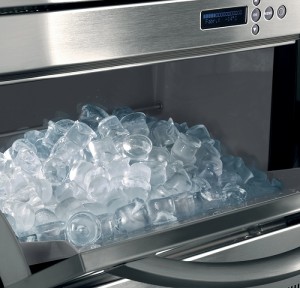 Many people use their ice maker to make a couple of drinks or so in a day. They haven’t probably noticed the time it takes for this art of their refrigerator to make ice. Ask them, and they would tell you that it always has ice. However, people who need more drinks could end up wondering why it does not fill up as fast as they expect. They would be relieved to know that this problem of not making sufficient ice is fixable with some minor tweaks. Before we look at some common issues, we will discuss some facts about it below.

The Time That It Takes To Make Ice?

People should know that this part of the refrigerator is not a super-hero. It can produce a definite quantity of ice within a particular time for making it. The time taken for making a tray of ice is referred to as a Cycle. During a cycle, water is poured in the tray, the water freezes, and the ice cubes fall in the ice bin.

The Amount Of Ice That It Makes In A Day

A quality one normally produces between 8 and 10 cubes at intervals of 90 minutes. It will cycle some 16 times daily and produce some 130 cubes in 24 hours. This number will differ based on the size of the ice tray and the definite cycle time of this part.

Cups Of Ice That It Yields In A Day

Some 10 to 12 ice cubes fill a glass. Thus, this part produces sufficient ice for some 6 to 8 glasses over a cycle of 24 hours.

So, people who fill ice in 6 glasses for their guests would deplete its daily capacity. It takes 90+ more minutes to produce sufficient ice for a refill.

Homeowners who still feel that their ice maker isn’t working at its best must diagnose the problem. Below we discuss some of the common issues will happen.

This part of the refrigerator is off – It could be in the off position. Sometimes the feeler arm gets stuck in this position, and it stops functioning once the bin is full.

Coupontax.com: Home prices are falling everywhere, but homeowners hoping for lower property taxes may find themselves disappointed when the...

A dash of paint, a change in the cabinet color and addition of new appliances is enough to revamp your old kitchen into a brand new one...

Building an in-ground pool is a dream nursed by many homeowners. Who wouldn’t like their kids to enjoy a dip in the blues or relax by the...