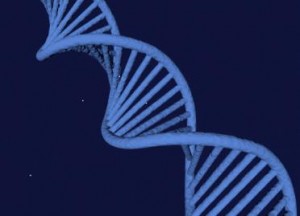 Researchers in Germany and Japan created transgenic monkeys, and found that a human-specific gene causes marmoset to develop a larger neocortex.

The question of how many creatures there are on the earth is a bit difficult to answer. Although the exploration never stops, there are still a lot of unknown things. If narrowing the scope and looking at the currently known primates, there are about 560 species, including homo sapiens, of course. The name of primates originally came from Carl Linnaeus, taking the meaning of "the first". As long as primates are mentioned, people will naturally associate them with cleverness and smartness.

Among so many primates, why the human brain develops better than other primates? Scientists' curiosity has been attracted to it for a long time. In view of the development of gene editing and gene therapy, some scientists have tried to find the answer from genes. For example, researchers in Germany and Japan recently transferred a gene called ARHGAP11B into the brain of marmosets.

This is not the first experiment to create a "transgenic" brain for monkeys. In 2019, scientists conducted similar experiments on rhesus monkeys. At that time, another gene related to the brain, MCPH1, was transferred. The development of the monkey brain becomes similar to that of humans, and even their short-term memory becomes excellent.

The scientists from Germany and Japan transferred the ARHGAP11B gene into the brain of the marmoset fetus. This gene is unique to Homo sapiens, Neanderthals, and Denisovans, but not in other primates. The experiment shows three important results.

The cerebral cortex becomes larger, and the shape of the skull will change accordingly. The primates themselves have a relatively developed cerebral cortex, especially the number of nerve cells has reached 14 billion, which is highly related to not only thinking ability, motor ability, but also life activities. The folds of the cerebral sulcus directly affect the number of neurons in the brain. More folds mean more neurons. They affect our cognitive ability, abstract thinking ability, intelligence level and so on. In addition, humans have a fixed form of folded brain, which is also unique to the human brain compared to other animals.

The researchers believe that this experiment can help people restore the evolution and development of the Homo sapiens brain. It is this genetic evolution that makes the human brain different. More importantly, the experiment can tell us how the ARHGAP11B gene changed the brains of our ancestors.

Of course, any similar genetic experiment needs to be restricted by ethics, so these monkeys that have been genetically modified can only live at the fetal stage. They are taken out when they grow to about 100 days, and the average pregnancy period is 144 days, which means that these marmosets that have developed the "human brain" will not really live in this world, because no one can answer exactly that how the monkeys with special brains will change and evolve.

Candy Swift: Focus on the cutting edge biological information around the world.

PROXY KHEL is a unique concept of "Fantasy Cricket"Cricket is a beloved game across the Indian subcontinent. While fans know the game and...

Fantasy Cricket association is all about applying your feeling of cricket and psyche to acquire understanding and experience of cricket...