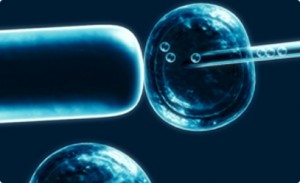 For many people who lose their hair, this weakens their confidence in their identity and feelings, although the fact is that millions of men and women are suffering from hair loss. According to a 2014 survey by the International Society for Hair Restoration Surgery, approximately 35 million men in the United States suffer from some types of hair loss, and approximately 21 million women are affected by it.

There are three most common causes. The first is mental health disorder. When people have huge stress emotionally, the scalp hair muscles contract, and the capillaries that transport nutrients to the hair follicle contract, causing local blood circulation disorders, thereby causing ecological changes and malnutrition.

The second cause of androgen-induced hair loss is related to heredity and androgens. It is characterized by progressive loss on the forehead and the top of the head. It is more common in men who are engaged in mental work and often begin to lose hair around the age of 20-30. The progression is slow, and female patients usually have mild hair loss with their top part sparse, thin and soft.

In addition, seborrheic alopecia is also very common. This is a type that occurs on the basis of excessive sebum overflow, often accompanied by increased dandruff, greasy scalp, and itching. It usually occurs in young adults with strong sebaceous glands. The hair becomes thin and soft, and some are accompanied by scalp seborrheic dermatitis. The patients gradually start to lose hair from the top of the head, then spread to the forehead.

The earliest documented treatment began in 1550 BC in the unearthed document Ebers Papyrus. In ancient Egypt, pharaohs invented a method for preventing and controlling hair loss. They boiled the mixture of onions, honey, alabaster and the fats of animals such as hippos, crocodiles, cats, snakes, etc., into a paste, which was then applied to the scalp. This ancient method certainly has no scientific basis. Modern treatments have made great progress. In addition to relaxing and creating a comfortable spiritual world, drug treatment and hair transplantation have been proven effective methods.

Drugs commonly used are minoxidil and finasteride. The former can be applied to the scalp to dilate blood vessels, stimulate hair follicles and promote the growth. Finasteride can inhibit a substance called 5a reductase in the body, thereby reducing the body's dihydrotestosterone (DHT), thereby preventing hair loss. However, these medicines have some side effects, such as causing a rapid heartbeat, not applicable in pregnancy, and rebound effect.

The struggle between humans and hair loss continues. On June 3, 2020, a new study published by Harvard researchers in Nature brings hope for patients with hair loss. The researchers used human stem cells to grow hair follicles and successfully grow hair on mice.

As it is mostly caused by damaged hair follicles, so the most effective treatment is to transplant new hair follicle tissue. Researchers at Harvard University achieved this treatment by using human stem cells to successfully cultivate skin organoids in petri dishes. The researchers said that these stem cells can form any type of skin tissue. After transplantation into mice lacking hair, more than half of the grafts grew 2 to 5 mm of new hair, which is almost the same as natural hair.

In the not-too-distant future, with the development of the Internet, big data, hardware, and optimization of software, many technologies that cannot be implemented now will benefit us well. It is believed that these new technologies will introduce safer and more effective weapons to win the battle with hair loss.

Candy Swift: Focus on the cutting edge biological information around the world.

Jing Wei
When they are video games in World War II to stop the sale?

There you can see the fascination so many video games like Liberators have little to deny military conflict. Y

Introduction The Vietnam War ended in 1973 and to-date most American believe that America should not have been a participant in the war...