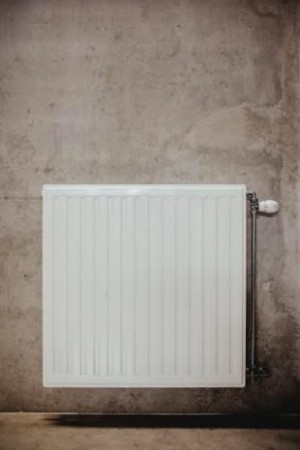 Towel rails are now a ubiquitous sight in bathrooms across the country. Gone are the days of clunky old convector radiators. Instead, people prefer rails they can toss robes and towels on as they nip in the shower first thing in the morning. I’ve even seen some bathrooms where people will pop a toilet roll between rails for some warm paper; something oddly unique I must say.

The look of a new designer towel rail is unmatched, but what should one be thinking about before they reach a checkout? Here are some of my tips for making it easier to find designer towel rails. Follow these, and you’ll have no problem at all getting a good deal on a high-end rail.

Understand the finishes and colours

Always get a rail which will complement the interior design of your bathroom. If you’ve recently redecorated with silver or slate tones (which are very popular right now), sticking a white designer towel rail on the wall won’t look right at all. The most common finishes for towel rails in the home are silver and chrome.

Within each, you’ll be looking to find either a brushed or satin rail. Brushed is a term used to describe the dullness of the finish, i.e. a brushed finish will have a less reflective sheen. If you have a bathroom which relies on natural light, a satin rail is more appropriate.

If you look at a towel rail in a catalogue or website, it will usually be photographed to look like it is floating on the wall, i.e. there are no signs of valves or pipe connections. Pipe entries are something to take note of, as you’ll need to buy appropriate valves. Most towel rails have a straight valve entry where the pipe connects with the radiator directly from the floor. In homes where your radiators meet at a 90-degree angle, the switch should not cause any problems as long as your pipe centres (that’s the distance needed from one pipe to another) are the same as your existing radiator.

When replacing a big old radiator with a sleek new rail, you don’t want to make the mistake of giving up heat output. Most towel rails have less heat output than a radiator of the same size. Be sure to check that the output is sufficient for the room; otherwise, you’ll end up with a room which always has a chill in the air.

In rooms where you have plasterboard walls, you’ll need to take extra care hanging a towel rail to ensure it won’t put a strain on the wall. I would suggest you try to place a rail in line with the studs for added support.

And don’t forget that you want your rail to still have plenty of space from the ceiling to help keep airflow moving as normal. If you place a rail too high, it won’t be able to heat a room fully.

I hope this advice will help you to find the ideal rail for any space in your home. For more tips and advice on all things DIY, visit the home section of the site.

Are you a person that feels you have been gifted with creativity? Even if you're creative, your job might not require you to be. That make...

Who doesn't love arts and crafts? Making things with your hands using assorted materials is a rewarding achievement. There's a thrill in...

After the keys to the house or the car are lost, people get to the realisation that they should have carried the duplicates. This...