Liquor That Sells in Estonia 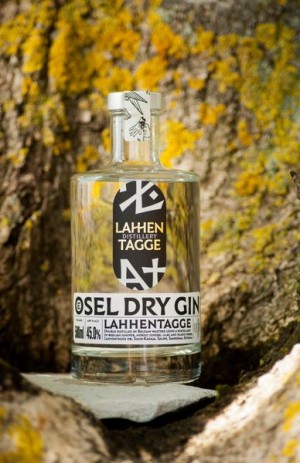 Estonia is a European Country situated in the Eastern Baltic Sea in Northern Europe. A developed high economy country its people are vibrant, colorful and lead an active life. Though small whence compared with other EU Nations its status is impressive in all spheres of activities. From science and research, to literature and arts and commercial activities it has a progressive outlook.

Least populous in EU with a population of 1.3 million it nevertheless ranks impressive on the scales of economy. The people are free in this republic without any totalitarian pressures it ranks well in economic freedom and civil liberties being a free society with immense press freedom and high level of literacy all bolstered by universal health care. It is one of the most digitally advanced societies in EU with elections being conducted on the Internet.

The country has a good record in conservation of species, its nature and climate. The country is rich in fauna and floral wealth. The excellent biodiversity and climate is the reason for the excellence in production of spirits and products for health care. With forests covering nearly fifty percent of land it is rich in herbs, flowering trees and berries the country is making one of the finest gin spirits in Estonia. Spirits have been successfully distilled in Estonia throughout its history. Yes food, wine and spirits along with chemicals, machinery, construction and electronics constitute as being vital to the industries in Estonia.

Besides a vibrant culture the Estonians have a colorful city life and the country is full of events, fairs and festivals. The people love to explore nature and the urbanity like a Flaneur would since there is plenty of biodiversity, clean air and peace.

Alcohol was once a problem not any more. Most people are moderate consumers of alcohol based drinks while seventeen percent are teetotalers. People like to consume various liquors in pubs and bars besides the promotional events. Beer is most popular in Estonia besides vodka, gin and wine. Whisky is mostly imported for connoisseurs. The establishment of craft distilleries like Lehhantagge is taking the nightlife and recreation by storm. Wide range of Estonian liquor is available for tipplers.

Vana Tallinn is one of the most popular rum flavored drinks being consumed all over Estonia. Traditional Estonian toast is terviseks means to your health. Beer brands Saku and Le Coq are most popular among drinks that is consumed the most. Age old ties with Russians has lead to unending popularity of vodka as well. Viru Valge is the most popular brand and is available in range of flavors.

Since ages a large number of distilleries producing vodka have existed in Estonia. Comparatively flatter than lager beer Saaremaa and Hiiumaa is home distilled in local breweries and much relished in hot season.

The recent revolution of establishment of craft distillers and breweries has led to many innovations. In Estonia alcohol free spirits are being sold as alternative to gin. Having no alcohol the beverage retains the flavor of gin which has been skillfully extracted. Flanuer and Flanuese are raging all over the country and have crossed the borders as exports.

People are funny. Talk to enough of them about their likes and dislikes, or their product preferences, and they’ll let you know in no...

A liquor license is a document that enables a business to sell or serve alcoholic beverages in the state where they are located. Liquor laws...

Opening an establishment that serves alcoholic beverages can be an excellent investment to make. However, most communities have strict...