What is Hydroxychloroquine Used For? 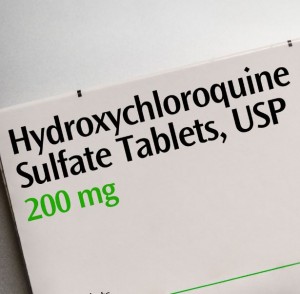 Hydroxychloroquine is a common drug that is used to prevent and treat acute attacks of malaria. It is also used in rheumatology to treat conditions like discoid lupus erythematosus, systemic lupus erythematosus and rheumatoid arthritis. It appears to be more helpful in those whose symptoms have not responded to other treatments. Hydroxychloroquine is in the class of drugs called antimalarials and it killing the organisms that cause malaria. It appears to work in the treatment of rheumatoid arthritis and systemic lupus erythematosus by decreasing the activity of the immune system. This later action has led to speculation that it may work in those with COVID-19 and other conditions by having an affect on the immune system. The most well-known brand name of hydroxychloroquine is Plaquenil.

The drug is seen as being very effective in the treatment of malaria and is widely used in those countries that malaria is common. The most common adverse effects of hydroxychloroquine are nausea, stomach cramps, diarrhea, itching and headache. The most serious adverse effects is a retinopathy that can affect the eyes and this can still be an issue after the hydroxychloroquine use is discontinued.

Hydroxychloroquine achieved notoriety in March 2020, when the USA President Donald Trump began promoting hydroxychloroquine to prevent and treat COVID-19 despite no real evidence and just some isolated anecdotal reports. In June 2020 Trump stated he was taking the drug as a preventive measure. This resulted in unprecedented worldwide demand for the drug and caused shortages of hydroxychloroquine for its main purpose in preventing malaria. The whole issue of the use of hydroxychloroquine become a partisan political issue. As a result of political pressure, the US Food and Drug Administration (FDA) issued an emergency use authorization for doctors to use the drug to treat those people who were hospitalized with severe COVID-19 infection. In June they withdrew that authorization after research that was done finding hydroxychloroquine was unlikely to be effective for COVID-19 and had potentially serious side effects. Since then, additional studies have found the drug was not effective. This means that at this time the use of hydroxychloroquine and chloroquine are not effective for treating or preventing COVID-19. This is despite there being some small studies that initially suggested that the drug may be helpful, there are many other larger studies saw no benefit. The FDA has recently stated that it was no longer reasonable to believe that hydroxychloroquine and chloroquine were effective in treating COVID-19. A similar stance has also been taken by the regulatory authorities in many other countries. That has still not stopped this still being a partisan issue with the right-wing media still promoting the drug due to there support of President Trump. The left-wing media promotes the science that shows it does not work, which Trump supporters see as just being anti-Trump. However, the trust should always be in the good and well done science and what most of the experts on the topic says. This should outweigh what a politician or non-experts have to say on the topic.

When Used Excavator Is Used in the Construction Fields

If this is your first time buying a vehicle, you should know that investing in a brand new one is not such a great idea as you might think...

Jets, Helicopters or Aircrafts are machines which require a huge investment and buying them require a lot of afterthought. Sometimes for...