Visibility: Your First Line Of Defense From Accidents 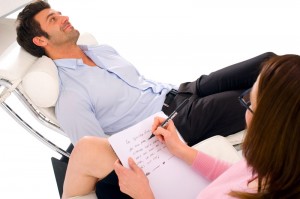 Most accidents involving individuals being hit by vehicles are due to low visibility. Lack of illumination, rain, fog, and other conditions can make it difficult for drivers to see joggers, bicyclists, motorcyclists, walkers, and construction workers. However, regardless of the conditions outside, there are precautions that those who work or engage in recreation along roadways can take in order to prevent injury. High visibility clothing can be one important safety tool for those who engage in work or play in dangerous areas.

There are a variety of reasons for needing visibility clothing. Many of those who would benefit from visibility program work in professions which require them to be on the roadside, but they’re not the only ones whose safety can be enhanced by wearing visibility gear. Other groups which can benefit from safety gear in bright, reflective colors include hunters and recreational runners and cyclists.

Not all high visibility gear is created equally. Naturally, OSHA approved safety vests and the like utilize technology which reflects light. However, many recreational gear wearers think that simply wearing neon colored gear is sufficient for maximum safety. Nothing could be further from the truth. There are several different grades of high performance visibility gear available. Simply wearing clothing which is dyed in bright colors is not enough. Those who are truly concerned about their safety should look for gear which incorporates innovative, highly reflective technology. For example, some brands of high visibility gear use microscopic embedded glass beads. This type of technology utilizes every bit of light—not only direct light from streetlamps and car headlights, but even ambient light, to make the wearer more visible and therefore safer.

Many peoples’ careers require that they work along roadsides. These include construction workers, utility repairmen, and many others. While safety vests are often required and provided by employers, there is a wide variety of other options which can enhance workers’ safety. Also, while safety vests may increase visibility, they do not provide additional protection against the elements. Workers can find visibility safety gear which does. There are companies which provide their customers with a range of options, including waterproof visibility gear, high visibility fleece hoodies, high visibility jackets and high visibility waterproof pants.

For those who work or play in areas where visibility gear can be an advantage, one of the most frustrating challenges is finding hot weather appropriate safety clothing. Even an additional lightweight safety vest can be excessive in hot, humid conditions. As a result, some companies have begun offering safety clothing like high visibility t shirts, visibility tank tops, and high visibility accessories which attach to the arms or legs. These allow cyclists, joggers, and employees to remain comfortable despite the warm weather, without sacrificing their commitment to safe conditions, regardless of temperature.

Thanks to the significant rise in the construction industry, the market for high-visibility clothing is witnessing a surge in its valuation...