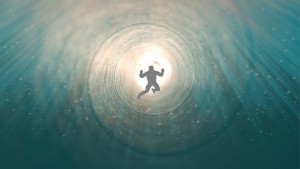 In much of the developed world, aging is feared and elderly people are relegated to the outskirts of society, despite societal traditions proclaiming that old people should be revered. This inconsistency is attributable, in part, to a severe disregard for the spiritual dimensions of being human, as well as a disregard for the benefits of aging in terms of Spiritual & Mystical Development. Spiritual deepening is a special province of the old, according to ancient East spiritual texts.

The Hindu idea of life stages has involved turning away from earthly interests and pursuing spiritual interests in the life stage of grandparenthood for thousands of years.

Attention to a Great Way is seen as particularly important for older people who have withdrawn from active group life among Taoists. Zen liberation is perceived as an external symbol of inner liberation from the confines of traditional thought and action. Buddhism is thought to

Many who have lived long enough to have learned social conventions would find it especially appealing.

The notion that later life stages are linked to spiritual growth can also be found in premodern Western societies' cultures and social structures. For instance, during the colonial era, life in

Associated with leading a virtuous life over a long period of time, which instilled profound spiritual significance into later stages of life

Elders in religious congregations were required to devote more attention to their own spiritual growth and to be interested in the moral and spiritual development of young and even middle-aged people, with less emphasis on professional ministry.

In the scientific study of "mystical experiences," scholars have debated the merits of perennial and constructionist approaches since the 1960s. Scholars have "largely dismissed" the perennial position, with most taking a contextualist approach that considers the cultural and historical context.

The Purgative Way and Early Adulthood We saw how early adults provide an opportunity to solidify the identity established during adolescence. One sets out on their own, takes charge of their lives, and defines themselves by their responsibilities and relationships.

In terms of religion, there is always a period of discovering what it means to be a spiritually mature adult. Young adults put their resources and values for generous service to the test. These are the people in the Church who, despite their busy family lives, can be relied on to help out with enthusiastic, short-term parish projects. 11 This, I believe, is also a traditional period for the purgative.

Spirituality in Adulthood is a subject that a lot of people are interested in. Early adulthood is a period of religious zeal that necessitates a significant purge of our teenage self-absorption. Parents have children that continually push them to be compassionate and self-sacrificing due to their numerous needs. And spouses push us to love them not only when they are desirable to us, but also, and even more importantly when they are not.

Morally, the purgative path encourages us to be more zealous in our pursuit of Christ in all aspects of our lives. It is impossible to distinguish one's religious life from one's involvement in the world. And as we mature, we are forced to recognize and tackle destructive behaviors.

As a result, the difficulty of adulthood is to differentiate between genuine love for God and religious judgmentalism, impatience, and rage, among other things. The purgative path necessitates the distinction between real and false piety.

Early adulthood is characterized by the burden of solidifying our identities, as well as a desire to learn more about our religion. The young adult is still a student, and prayer is often seen as a form of education. The scriptures are read and pondered upon. God is actually present, but he is also felt indirectly by what spiritually inspires or enlightens.

Are you sick of your boring daily routine lifestyle? Need some mystical change in your life? Then change up the normal and go for Yoga and...

A spiritual retreat is the best tool to unwind yourself and petition to God on your struggles. But, to maximize its effect, you need to work...

DR. DHARA PATEL – BEST ASTROLOGER IN INDIA Dr. Dhara Patel is a spiritual mentor and the best Astrologer in India. She is also an expert in...