Why Everyone Should Own Some Cryptocurrency 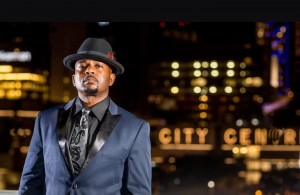 Why Everyone Should Own Some Cryptocurrency?

Over the last decade, new investment instruments have started coming out, be it some new scheme or something as unique as a decentralised currency dubbed cryptocurrency; investing your money is essential. Here's a guide from Malik Mullino, CEO of Jadeite Assets LLC and Retired marine, to help you understand cryptocurrencies easily and tell you whether you should get onboard on the crypto ship or not.

There are high chances that you would have heard about Bitcoin or, in recent days, DogeCoin. But what are these things? Are they some coin? They are known as cryptocurrencies, and yes, they are a kind of currency but not the usual ones like currency coins and notes.

Now speaking about cryptocurrency, it's a virtual currency secured using cryptography, and it relies on blockchain technology. The whole network is then secured by individuals known as 'miners' who verify these cryptocurrency transactions and get some cryptocurrency as a reward. One more important thing to note is that the whole system is decentralised, so no government or private institution or bank controls it, making it people's currency, including all the cryptocurrencies such as Bitcoin, Etherum and DogeCoin, and it's more secure than Pentagon.

So How Many Cryptocurrencies Do Exists?

According to an analyst firm, more than 6,700 cryptocurrencies are traded publically throughout the globe, and the number is only rising. If you are wondering what's the worth of these virtual currencies, these cryptocurrencies value more than $1.6 trillion, and the value of Bitcoin, let alone, is $969.6billion.

Why Are Cryptocurrencies Popular?

One of the main reason behind the immense popularity of bitcoin is that no one controls it, so you won't have to answer to the government or any private firm for your cryptocurrencies.

The second reason behind the wild adoption of cryptocurrencies was people jumping on the wagon before it starts. So people started buying crypto such as bitcoin and ether at minimum costs to get more and more return since they believed that this is the future of currencies.

But according to Malik Mullino, the reason behind the cryptocurrency picking up speed was the technology that enabled people to mine it on their own and purchase them in their comfort, including the safety measures associated with the cryptocurrency.

Why Should You Own Some Cryptocurrency

Well, some of the most obvious reasons have been told above, first its decentralised so no institution has control over it; second, it's more secure than any other investment instrumentation ever been introduced till now, and the third that its equivalent to gold as its value will keep rising as time proceeds.

According to Malik Mullino, cryptocurrencies will help keep the economy stable in a time of recessions since it holds its value despite the real-world economic situations.

If you're investing in cryptocurrency, you won't have to worry about some external factors disturbing its trend. You won't also have to get some security for it since its handled using blockchain, and each transaction is authorised before getting completed. Hence, as we told, it's safer than almost all other instruments.

Is It Legal To Trade Cryptocurrencies?

In the United States of America, it is legal to buy or sell cryptocurrencies through a registered exchange, just through a registered exchange. If you're caught doing otherwise, there could be some legal implications. But until you are buying or selling it through exchanges, and no one's coming from you. But some rules of standard investment also applies to cryptocurrency trading.

In Japan, the U.K., and most other developed countries, the trading of cryptocurrencies is legal. However, some markets are still uncertain, while China has restricted cryptocurrency trading and India has instructed its banks and financial institutions from dealing with cryptocurrencies.

Is Cryptocurrency a Good Long-Term Investment?

Bitcoin, for one, is limited in quantity, something like gold or other valuable minerals, while Ethreum is a computing platform used for decentralised apps. Many investors view cryptocurrencies as a scarce asset that could increase in value as we proceed toward the future.

So investing in cryptocurrencies and then holding them for an extended period might turn out to be an excellent idea, and the chances are that it could fetch better returns than any other investment instruments.

Few businesses across the United States accept different cryptocurrency as a payment method. Still, cryptocurrencies have not become mainstream, but several admirers believe that crypto will be the future currency. So who knows, you might be paying for your food using Bitcoin in future.

A Note From Malik Mullino

Over the years, several investment instruments have emerged. Still, none of them impacted the traditional instruments since the conventional channels such as Mutual Funds and Stocks have been preferred method for a long. But cryptocurrencies have shaken the market and significantly impacted the stock market and other traditional instruments. It has an impact similar to gold, as its prices are expected to rose as of gold as time passes, and quantity depletes.

So it is wise to invest in cryptocurrency, but you need to evaluate the market and invest carefully and long-term.

You can find latest article on various topic

One of the best ways to generate profit with Bitcoin and other cryptocurrencies is Bitcoin mining of the cloud type. When digital currency...

Ever since Bitcoin became popular a lot among traders and investors, a lot of people have started inquiring about cryptocurrencies. Needless...