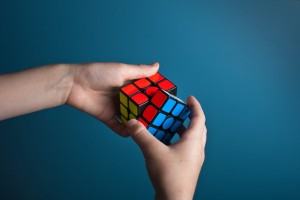 In 2014, Gans was introduced as a company, as Gancube, with Ganyuan Jiang still being the sole owner. Beginning from that time, Gans has become popular, even their sky-high prices are made fun of and becoming a meme on cubing forums and its so-called discussion pages.

Years back, Gans 356 was launched in the early part of 2015. This cube is a smaller upgrade over 357, which debuted screws in every piece; edges, corners, and centers. At this time, many people came to know about Gans brand- due to this cube’s effortless corner-cutting anywhere – about 50 degrees and 30 reverse, making lockups almost unheard of. It also came with the same smooth feel like 357. However, the prominent crankiness and flimsiness had been ended newly. The 356 also launched the first version of the GAM box V1. Some cubers highlighted some noticeable issues on the cube, but there controversy exists in the views. The general consensus is that the factory issues were different on different cubes, so different cubers had different out-of-the-box opinions.

It was launched in May 2015. The Gans 356S was a Gans 356 with a unique ridge design on the pieces. Well, this was soon stopped coming but the reasons were never told. And the 356 V2 was launched in its place.

In August 2016, the Gans 356 Air was launched. This cube was intended to retain the buttery smooth feeling of other 356 variants and make it lighter, soundless, and easier to turn. It was the first cube to use the original dual-adjustment system called GansElasticity (GES) allowing users to swap out the springs to adjust the feel of the cube by changing the spring compression between eight versions. Originally, clear nuts were being offered as a choice but many of the cubers use green or yellow. It was much quiet, quick, and buttery when compared to its main rival, the MoYuAoLong V2. It was inscribed by Max Park, FeliksZemdegs and Sebastian Weyer, and other popular speedcubers.