What is the Statement of Jurisdiction for a Civil Suit for Defamation? 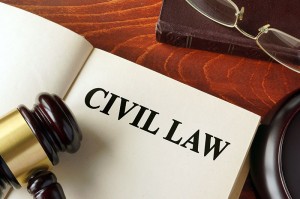 Pursuant to Article 16 of the Federal Law No. 3 of 1987 Promulgating the Penal Code and its amendments (‘UAE penal Code’).

This law shall apply to anyone who commits an act outside the State, and thereby becomes a principal or an accomplice to a crime committed wholly or partially inside the State.

Even though defamation constitutes a criminal act in the UAE, a civil case may also be instituted against the defendant claiming compensation for the damages caused. Thus, inviting the provisions of the UAE Civil Procedure Code for determination of the jurisdiction for a civil suit for defamation.

Pursuant to Article 31 of the Federal Law No. 11 of 1992 concerning the issuance of civil procedure code and its amendments (‘UAE Civil Procedure Code’),

It is possible to prosecute the action to the court in which area the prejudice has taken place, and that is to be in case of the actions of indemnity for the occurrence of damage on a person or a property.

If there are more than one prosecuted, the jurisdiction should be at the court in which circuit the residence of one of them exists.

In other than the cases stipulated in the Article (32) and the Articles from (34) to (39), it is possible to agree on the jurisdiction of a certain court to examine the litigation, and in such case the jurisdiction will be given to such court or the court in which circuit the prosecuted residence, domicile or workplace exists.

Jurisdiction and Limitation issues before the DRAT- an order passed by DRT having no jurisdiction is a nullity 1. Jurisdiction of the...

1. Sources of Law 1.1 What is the primary source of law in relation to the breakdown of marriage and the welfare of children within the...

Hassan Elhais
Panama- the most preferred and successful offshore jurisdiction

The decision to choose a favorable jurisdiction for your offshore corporation can be a little complicated. There are a number of parameters...