How to tell the difference between science and pseudoscience 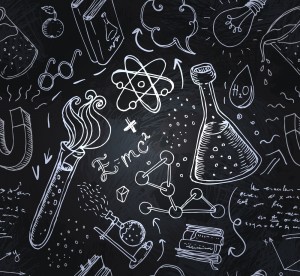 Science has been responsible for so many advances in society that we enjoy and rely on today. At the same time, today the pseudoscience is also becoming more prominent, and we all need the skills to recognise and debunk pseudoscience. This has become increasingly important given the COVID-19 pandemic as we see so much pseudoscience proliferate via social media. We got where we are today in society with science and will not progress if we keep falling for the pseudoscience. It is not hard to distinguish them from each other, as they have different characteristics. There are multiple tools available to help distinguish between the two. We all have a responsibility to be critical thinkers.

Science will always follow the evidence wherever it leads the scientist whereas pseudoscience will typically start with a conclusion and work back from there, just picking evidence that supports them rather than follow the overall evidence. This can be very obvious if you are active in the critical thinking community. Scientists will embrace criticism and use that to develop and refine and progress the science. This criticism and the development of further work is a hallmark of science. Those who promote the pseudoscience are usually hostile to criticism and just reject it. We have all seen examples of that in social media. In science there is a typically the use of very precise terminology with very clear definition and use of terms. In pseudoscience there tends to be a lot of made up and misused words as well as the use of jargon to confuse people. They try to make it sound like it is science to be evasive and mislead people. Scientists only ever make claims about their work that is conservative, subject to more testing and the conclusions are tentative and need to be confirmed by other scientists. Those promoting pseudoscience tend to make claims that go well beyond what is supported by the evidence. They are often grandstanding.

Science will typically and properly consider the entire body of evidence that is available and all of the arguments, both for and against. Pseudoscience will just cherry pick only the evidence that supports them or rely on very weak evidence and relies heavily on testimonials. The methods used in science are always described in detail and in such a way that they are rigorous and can be repeated by others. The methods used in pseudoscience are usually flawed, sometime secretive and can not be repeated by others. A scientist will always engage with their peers and others in the scientific community. A pseudoscientist is typically a lone maverick that works in isolation and often attracts a cult like following. Science will follow careful and valid logic whereas the arguments from pseudoscience are inconsistent and use invalid logic and react with hostility when that is pointed out.

The most important distinction is that science will always change and new and more evidence becomes available. Pseudoscience does not do that and is dogmatic and does not yield when new research is available. A lot of these issues were addressed in an episode of PodChatLive where the hosts chatted with Robert Issacs.

Sprain or Fracture: How to Tell the Difference?

When you get an injury on the foot, initially it may be difficult to figure out if it is a sprain or fracture. A sprain is actually the...

Ajphy Bdndsol
How to tell the difference between psoriasis and eczema

The most common questions visitors at health clinics ask are related to unexplained rashes. It is true that there are many possible causes...

With the dawn of the New Age, the internet industry has grown by leaps and bounds and the prominence of every company, however small or big...