How do courts value the cost of emotional distress for personal injury cases? 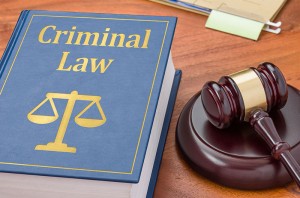 The type of damages that can be awarded by a court of law in a personal injury claim include both compensatory damages and moral damages. Compensatory damages, which are also referred to as economic damages, are most commonly claimed as they can be easily quantified. Compensatory damages may be claimed for medical expenses, therapy, transportation expenses, increased living expenses, lost wages, out-of-pocket expenses etc. In this type of claim, you are essentially being reimbursed for the various expenses that you have might have already incurred due to the personal injury caused to you.

In addition to compensatory damages, which can be easily identified and quantified, further damages may also be claimed in terms of moral damages or damages for emotional and mental distress caused to the victim.

Personal injury cases are often filed from a legal standpoint to help the victim recover all damages caused to him. Amongst such damages, the mental anguish or the emotional distress caused to a victim is also to be considered. For example, on account of personal injury caused, an injured person may no longer be able to participate in certain activities or enjoy life in the same capacity as that of prior to the injury. Emotional distress may also be reflected in the form of physiological conditions of depression, insomnia, conditions of post-traumatic stress disorder etc. These types of damages, by their very nature, cannot be quantified easily and therefore have to be determined by the court based on the unique circumstances of emotional distress caused to a given victim.

The UAE courts allow a claimant to seek ‘moral damages’ to compensate for the emotional distress caused to them, in addition to compensatory damages. Moral damages are awarded in the UAE to the victim and in cases of fatal injuries as compensation to the victim’s immediate family.

The Federal Law No. 5 of 1985 on the civil transactions law and its amendments (the ‘Civil Code’) states the provisions concerning moral damages. Article 293 of the civil code concerning matters of tort states that:

Thus, pursuant to Article 293(1) of the civil code, moral damages may be awarded by the UAE courts towards harm caused to one’s liberty, dignity, financial position, social standing and reputation. In addition, pursuant to Article 293(2) the family members of a victim have the right to claim moral damage in the instance of fatal injuries resulting in the death of the victim. In various judgments, while awarding moral damages, the UAE courts have considered the level of pain, grief and distress suffered by a victim when determining or quantifying the compensation to be awarded.

While some home owners go to the expense of having asphalt tennis courts and/or basketball courts installed for their personal use, concrete...

The witnesses have to be invited to attend the hearing on the basis of a request from one of the parties. After the approval of the court...

Congress leader and Amicus curiae in the triple talaq matter, Salman Khurshid, on Friday declined to comment on the Islamic divorce...