What is International Patent compliance? How can I patent my product for the international market? 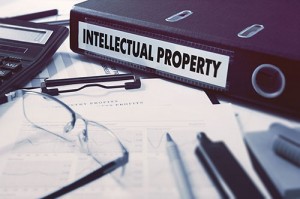 The World Intellectual Property Organization (WIPO) constitutes one of the specialized agencies of the United Nations, and its main purpose is to promote and protect intellectual property across the world by cooperating with countries as well as other international organizations involved. WIPO has an international ‘Patent Cooperation Treaty’ (PCT) that has been ratified by at least 153 countries worldwide, including the United Arab Emirates. A PCT application can be best understood as the procedure through which applicants can seek international protection for their patents. International patents are granted as an exclusive right granted for an invention, which provides a new method or industrial applicability.

The incorporated system allows the applicants to file a single application under the PCT in order to seek patent protection in a number of countries altogether instead of processing individual applications to each member country. Such a procedure allows an applicant to save both time and money and allows them to process patent protection internationally in a highly convenient and simplified procedure.

In this article, we would like to explain the various stages for an international patent application under the Patent Cooperation Treaty.

Filing a PCT application also provides an applicant with a deferment period of up to thirty months, and this constitutes one of the major reasons for the popularity of PCT or International Patent applications. As it potentially allows applicants the opportunity to utilize their deferred time period and obtain viable investors or commercial IP monetization agreements for their invention. By strategically using this time period, the applicant may even decide to develop their invention further or even not to pursue their patent application further.

If an applicant is seeking for international patent protection for the Gulf Cooperation Council countries (GCC) of Bahrain, Kuwait, Oman, Qatar, Saudi Arabia and the United Arab Emirates.

The GCC patent system provides a convenient way for applicants to secure patent rights effective in each of the GCC member states. The GCC patent system is not part of the PCT and constitutes a separate system. The GCC Patent Office or the GCCPO has its regional office based in Riyadh, Saudi Arabia and patent granted by the GCCPO is valid for all the GCC states.

If you have recently invented something and wanted to take a patent of it – you perhaps require hiring an attorney capable of patent...

Cotsis Cad
Why You Need Patent Drawings For Your Patent Application