Treating Head Lice With Lice Removal Medication May Not Work 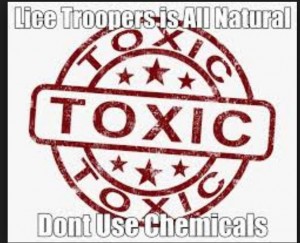 Lice affects millions each year. Head lice, also known as lice, are tiny insects that feed on human blood. They attach themselves to the skin of one's scalp, feed and, in some instances, lay eggs. In this article, let's learn a little more about head lice and why your average lice removal medication may not work.

A Little About Head Lice

Contrary to popular belief, it isn't the result of poor hygiene. They spread and eventually infest a person's scalp through direct contact with another person who may have head lice. In addition, children or adults can't get them from pets, as these creatures only feed on humans.

Lice are known to attach to the scalp, mainly feeding on the scalp; their eggs are often found along the stalks of hair follicles. When examined, they appear as tiny brown or white flecks (like dandruff) on the scalp and hair.

As much as 12 million cases of head lice infestations are said to affect children in the United States each year. The data, derived from the Centers for Disease Control and Prevention, also mentioned that lice infestation mainly affects children from 3 to 11 years of age.

Although they are common in children, it also affects adults, especially if they're exposed to people who have had a head lice infestation.

Why Treating Head Lice With Medication May Not Work

Lice infestations are treatable. Many people consider over-the-counter live removal medications, such as medicated shampoos, a viable treatment option for home use. However, there's an apparent issue with this type of lice treatment.

Although various over-the-counter and prescription-grade lice shampoos, creams and lotions are approved by the FDA, many aren't as effective as advertised.

One of the biggest concerns over using those products is whether lice actually die after they're used. In actuality, they don't. Lice, especially over the last decade, have become immune to the often harmful chemicals used in the products. As a result, they don't die no matter how much you may use such a product.

If you do happen to come across a product that does work, it likely won't kill off all of the lice. Many don't kill the eggs, as the eggs' outer shells are now strong enough to withstand those chemicals. To get expert opinion from Miami based specialist, you should refer to the website listed below:

So, you might think that these ingredients – chemicals – do help relieve symptoms and might, at times, outright eliminate the presence of head lice. You might even think that they actually work on a case by case basis if they don't work out for you or one of your family members.

Given the nature of the products used to 'eliminate' head lice, that's not the case. Lice Troopers knows that an all natural treatment is the way to relieve symptoms from a head lice infestation—while, at the same time, eliminating the infestation all together.

Children are very much prone to lice which manifest one’s head and live by sucking blood from the scalp. As a result, it leads to many skin...

Kids are more prone to a head full of lice leading to itching, irritation and inflammation. There are some easy and affordable ways to get...