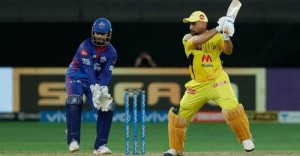 THE Indian Premier League (IPL) chairman Brijesh Patel on Tuesday (11) confirmed that the country’s conglomerate Tata will replace Vivo as the main sponsor for the 2022 edition of the tournament.

Vivo still has two years left in its sponsorship deal with the league and as a result, during this period, Tata will remain the main sponsor.

The IPL governing council on Tuesday narrowed down on the country’s conglomerate Tata as the title sponsor for the 2022 edition of the tournament after Vivo, a Chinese firm, expressed it will to pull out.

An informed source told ANI that Tata is being looked to as the title sponsor of the cash-rich T20 tournament.

"Yes, we are looking at Tata as the title sponsor after it came to light that Vivo wants to terminate its contract. Two years are still left in the contract hence Tata will be the main sponsor for the remaining time period," the source said.

Vivo, which still has two years left in its sponsorship deal with the league and as a result, Tata will remain the main sponsor during this period.

The 2022 edition of the tournament will feature two new teams – Lucknow and Ahmedabad.

Industrialist Sanjiv Goenka’s RPSG Group and CVC Capital, the owners of Lucknow and Ahmedabad, respectively, on Tuesday received the formal clearance from the Board of Control for Cricket in India.

Vivo still has two years left in its sponsorship deal with the league and as a result, during this period, Tata will remain the main sponsor.

The clearance was given after a meeting of the IPL council on Tuesday and both the new franchises have been given a time frame for signing up players before the mega auction takes place in February.

India Weekly is Britain’s best known and most respected Asian weekly newspaper with national coverage. Regarded as the authentic voice of British Asians in the UK, its coverage of politics, business, the arts, Bollywood and sport is unrivalled. No other Asian publication has as many original stories or the same breath and level of analysis and detail as India Weekly. It is the paper that leading members of society talk to – from interviews with the prime minster to comment pieces by leading politicians, business figures and cultural commentators. Can you afford to be without it?

Get the Asian and International news headlines from India Weekly. Subscribe for weekly news magazine or download our App. British #1 Asian Weekly Newspaper in UK, India

Tata Housing has come up with the new launch known as the Tata Gateway Towers at the best location Mulund (E), Mumbai. This particular...

VIVO IPL 2020 Schedule : Hello friends welcome to our website, As we all know that Indian Premier League (IPL) is the most popular cricket...

Vivo has created and is preparing to enter the market with unusual smartphones, the V23 and V23 Pro, which will differ in processors...