Removal of Disqualification of Directors 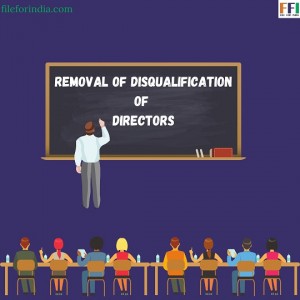 HOW TO REMOVE DISQUALIFICATION OF DIRECTORS?

The petition must be filed with the Hon’ble National Company Law Tribunal ("NCLT"), which has jurisdiction over the state whose ROC has struck off the Company, along with the relevant fees, in order to resuscitate the Company. After hearing, the Tribunal, i.e. NCLT, will issue an order restoring the Company’s name, and the Company’s status will change to "ACTIVE" upon submission of the order to the ROC.

This option is most suitable to ensure continuity of the Company and that the annual returns and financial statement are filed with the ROC timely and can be opted majorly in following situations to a Director’s career.

In the aforementioned situations, the promoters/shareholders of the Company have the power to appoint Directors through the back end i.e. by convening the general meetings and passing resolutions in accordance with Section 168(3) of the Companies Act, 2013.

Once an application for backend appointment of Directors is filed by the promoters/shareholders of the Company to the office of the Registrar of Companies, then it shall forward a report to the Regional Director and upon scrutiny, they shall add one Director on the Board of the Company and the same shall be reflected on the MCA portal of the Company.ises in both the manufacturing and service sector can obtain MSME Registration under the MSMED Act. Though the MSME registration is not statutory, it is beneficial for businesses at it provides a range of benefits such as eligibility for lower rates of interest, excise exemption scheme, tax subsidies, power tariff subsidies, capital investment subsidies, and other support. fileforindia can help your business obtain MSME Registration to avail a host of benefits.

We are a Technology-Driven Platform, One-Stop-Shop, offering services that cover the entire legal needs for start-ups as well as for established businesses. Some of our services include Intellectual Property Services

It is really an unfortunate condition in one’s life when it loses any of its close relative. Well, death is a definite truth of the life but...

Making the right choice when it comes to services you want to solicit is very important. There are many different options you have at hand...