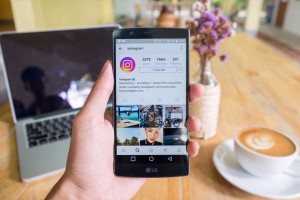 No breathing space for the users: Instagram is again with new features in front of the door. We take a look at all upcoming updates.

Instagram users can look forward to the coming months. Because the social app has planned some innovations, some of which are already available. These include Reels for Facebook, bonus payments for reels, and a test for the story feature.

Bonus payments for reels are not completely new. Instagram had already provided money for US creators in the summer. The so-called summer bonus is now being expanded. Reels Play is the new name for the payments to be earned initially through the end of the year. Creators can verify their eligibility for the program on the Professional Dashboard. The Instagram Creators Account presented the innovations in a feed post.

Reels: The short videos are now also taking over Facebook

The bonus applies not only to Instagram users but also to Facebook users. Because Reels will be officially launched for Facebook as of today, you read that right: The short video format based on TikTok can now also be found on Facebook's platform. At the beginning of the year, the company had already tested allowing users to post their reels on Facebook and thus use the content twice. This is also possible with feed posts and stories, for example. And now reels can not only be reposted to Facebook but also created and posted directly there. It is used in exactly the same way as on Instagram:

You need to start creating Reels on your mobile device at the top of Feed also with selecting ‚Create 'from the dedicated Reels section in News Feed. You can record a clip or even a series of clips) in real-time or upload an existing (or series of existing) pre-recorded video from your phone's gallery, or you can use a combination of real-time and pre-recorded clips.

While reels are displayed on Instagram followers and some other users in the Reels tab or Explore, Facebook is, of course, also planning to display it to followers. On the other hand, the short videos will be shown in the new Reels section in the News Feed so that non-followers can discover them there. Again, the bonus is only paid out to invited creators if their Facebook reels receive at least 1,000 views in a 30-day period.

In another small update for Stories, Instagram is launching another test. So far, users can add a selection of "close friends" and choose when creating stories that only they can see what is posted. Now the social app is launching a test in Brazil called Selected People. Here, too, users can determine or limit who can see their story. But while the "Close Friends" list is set once and can only be changed in the settings, with "Selected People," it would be possible to select or exclude certain people when posting. This would make users much more flexible, and it would be easier to only share stories with the people who should see them - even if that's a different group every day.

No breathing space for the users: Instagram is again with new features in front of the door. We take a look at all upcoming updates.

If you study and observe carefully, the style of marketing has changed drastically. Promoting a product or service has become the job of...

Any business wants to expand in the social space because this is considered a sure shot method of business promotion and branding. Consumers...

Marketing and promotion has changed in a great way. Now, there is a major element in the list of media to be considered while planning for...