What is Social Media Marketing and How Does it Fare? 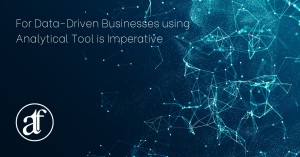 Social Media is the buzzword today but do you know how it began? The first social media site was sixdegress.com launched in the year 1997. It came in with a bang, garnered more than one million members, and was sold for 125 million USD, and later it was closed.

The objective of social sites was to facilitate networking online, form niche communities, enable messaging, create personal accounts and bring forth services, professions, brands, and products on the feeds. What was initiated as friendship portals soon turned into online business ecosystems that are competing fervently with brick-and-mortar institutions.

After sixdegrees.com and several social media sites came into the picture some are still surviving and others have fizzled out.

The list below accords a picture of the checkered history of social media sites on the World Wide Web:

Those who survived and remain in prominence today have become multi-billion platforms with millions of users generating revenue in billions from subscriptions and advertisements. This is not surprising as these companies have skillfully created a phenomenally large database by crafting amazing platforms for social networking online.

The free participation and emerging utilities continuously attract a large number of users worldwide. For evolutionary people-friendly platforms, the sky is the limit. Participation in social sites has become a necessity as an extension of personal and social life activities. A long time back, foreseeing an immense gathering of people in these online communities and a vibrant database, businesses jumped into the fray. They are promoting brands and products, creating awareness, and driving huge traffic to their portals with the sole aim of goal conversion. For mega enterprises, goal conversions take myriads of forms, be it for action concerning sale, purchase, brand publicity, awareness, or harnessing the potential of a huge customer base to enhance subscription level.

The platforms that have become immensely popular are now much in use for social activities as well as commercial prospects. The advantage these SM sites accord to the businesses are many, but the most rewarding are the marketing solutions. The platforms offer paid marketing solutions as advertisements on the feeds and partner sites. Like Google Ads, advertisement campaigns are highly sophisticated and technology-driven. This is not the end, using a vast database, research, and remarketing techniques the marketing solutions provided by the social sites are result oriented and pay back by profitable return on ad spend.

Social media marketers prefer to advertise online by comprehending the niche that each platform caters to. Statistics obtained from market data, and those published by SM companies are the best means of choosing a platform for advertisement as they clarify the demographics, niche, and locations. This enables the marketers to focus on the target audience using suitable campaigns, ad type formats, and bidding strategies.

Most SM sites accord another major advantage for brand promotion, online reputation building, and creating awareness among the users. This is content-based marketing on social media sites and is free of cost. Rightly called organic traffic acquisition, the organic technique employs various strategies to come into the limelight, engage potential customers, and encourage intended action.

SMM is the most popular format for organic digital marketing the world over. Although it is time-consuming and requires extensive content creation, and efforts for distribution on multiple platforms, the rewards come free of cost. Well not exactly, team efforts cost money as far as the media ad agencies are concerned.

Nevertheless, organic traffic acquisition is much cheaper than paid marketing solutions and exploits multiple platforms for exposure, unlike dedicated paid campaigns. Although paid campaigns may prove costly a cohesive strategy of using both organic and paid campaigns leads to greater success.

We provide world class digital services for growing your business digitally. Our expert team helps you by providing all types of digital...

Social media platforms are a great source to get and spread information. Everybody knows the popular platforms include Facebook, Instagram...