Which Platform is Good for Secure Messaging 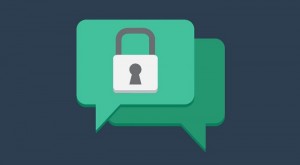 Messaging apps help you to communicate and make connections with people all around the world. Nowadays, there are several ways to connect and communicate with people using technology and it also makes way for privacy and security to be breached. In order to achieve more security and privacy, end-to-end encryption is used. There are so many encrypted messaging apps are evolved and it helps in protect your privacy.

Most of the encrypted messaging apps are heavily encrypted, so even government agencies and police can’t break into them. If you don’t want to use apps for sending private messages, you can consider using a Privnote. It is a service that allows you to quickly send messages between users. The messages are fully encrypted, and they will not store any of your information on their servers. The information can only be read by the recipients only once and the conversation between several people cannot be intercepted because the key is used only once when opening the link.

But in the case of apps, there are several messaging apps available, and it provides end-to-end encryption, synchronization over multiple platforms, multi-mode communication, etc. The following are some of the best secure messaging apps, which are available on the market today.

A signal is a perfect messaging platform, which is mainly popular among mobile users for its enhanced security. This app is open source, and you can do messaging, voice calls, and group chats with an end-to-end encryption protocol. For more security, users have the ability to choose different disappearing message intervals for every conversation that they saved in their chat history. It is an open-source project, which is supported by donations and grants. So, there are no advertisements, affiliate marketers, and secret tracking. This app doesn’t have keys to decrypt a message, so the company will never have enough access to the content its users are exchanging.

A wire is another app that uses end-to-end encryption as its default in order to protect your messages, images, and files. This app encryption works transparently in the background, and it doesn’t need to be activated because it is always on. Also, a new encryption key is used for every message by reducing the impact of a single compromised key. A wire is an open source, so its source code is available for the users in order to verify, inspect, and improve through Github. This application doesn’t sell the analytics and usage data of the users to any third parties.

Threema is a secure end-to-end encrypted messaging app, which uses the NaCl cryptography library in order to protect the data and communications of its users. This app generates a unique Threema ID key that allows you to use the app anonymously. It is also an open-source platform so that the users can independently verify the correctness of the encryption. Also, you don’t need to provide a phone number or an email that helps in adding an extra layer of security.

From the above, you can get a piece of detailed knowledge about secure messaging platforms which are helpful in sending a message and files more safely and securely.

Are you interested to find out about how to boost your career in the IT sector? If yes, then perhaps the best answer is to look for a better...

Summary: The article written below is about a well-known company that specializes in offering top quality gate motors and access cards to...