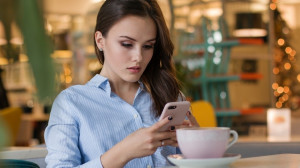 Google's Android platform is the world's most popular. In spite of this, there are many reasons that suggest iOS phones perform better than Android phones.

Apple has also developed seamless devices such as Macs, Apple Watches, and Apple TVs. It does more than create a device; it creates a closed ecosystem that combines hardware and software for optimal performance. So by considering the same thing in our mind we will discuss some point of which ecosystem would be best fit for a user either IOS or Android.

Apple's iPhones have a very easy user interface because iOS doesn't provide much customization for the user interface, making the iPhones easier to understand for new adopters. By adding simplicity to the UI, the users become accustomed to it. Therefore, iPhones do not provide multiple options so that the user is not confused. However, Android offers many options for tweaking and customizing the interface.

Android smartphones come in a variety of designs and colors, making it difficult to choose the best one. Android has a lot of varieties, but since only a few iPhone models are released every year, we can't go wrong when choosing an iPhone. Furthermore, the iPhones' screen sizes, storage capacities, and camera modules do not differ much. On the other hand, buyers have to consider many specifications, which are enough to confound them.

In Apple's iOS, the operating system and the hardware are manufactured by Apple and no other company utilizes either of them to integrate with its services. In this way, Apple provides better hardware and software synchronization than Android. As opposed to Apple, Android is made by several renowned companies like Qualcomm and MediaTek (not Google), while the operating system is generic for all kinds of devices and brands. Today, brands have their own variations of Android and that makes it less confident for a user to buy an android phone.

No unnecessary bloatware is included with Apple products, which makes them worth their money. Users have the option of uninstalling preinstalled applications as well. In contrast, if we speak about Android phones, we can only be removed if the device is rooted, which means that Android platforms do not give users full control.

IOS is better at updating its software than Android. As soon as the update is released, if your iOS device qualifies for it, it will receive it. The downside is that older devices may not be able to cope with more resource-intensive iOS version upgrades. However, that is an entirely different topic and something you should be concerned about if you own an Apple device that is significantly older.

In contrast, Google's Android ecosystem does not make the updating process as seamless. The Pixel 6 and Pixel 5a are the only Google products that receive direct updates, and even those have been known to fail to get updates efficiently at times.

The list goes over 100 pages but we could discuss a few of them in this post. IPhone wins here, but as a Pakistani it is more difficult to buy an iPhone in its original condition, some would be used, some would be scammed, and the rest would be overpriced.

But, What if you could get reliable Smartphones Online at the best prices in Pakistan? Yes, that would be a dream come true.

There is Pakistan's leading marketplace where you could find each and every category of mobile phone whether it is android or iPhone the price would be reliable & reasonable. So what are you waiting for have a single look at Clicktobrands & explore their extended shelves.

Cell Phones Accessories - Enhances the Efficiency of The Phones

Are you an entrepreneur who wants to get the best clients out there who are willing to pay all over and over again? You might be someone who...

What are cell phone accessories? They are products that are added to your phone or just something that complements to your phones. But there...