A Guide to Vitamin D 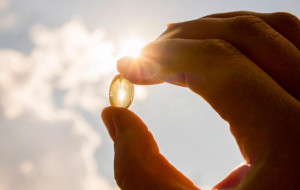 Vitamin D supplements are among the most popular supplements that are taken on a global scale. This is because vitamin D is completely different to most other vitamins, as it’s a steroid hormone that’s produced from cholesterol when your skin is exposed to the sun. Despite this, sun exposure alone isn’t enough to provide our bodies with all the vitamin D we need, which is why supplements are so widely consumed.

When taking vitamin D supplements, it’s essential that you pay close attention to the pharmaceutical printing to ensure you’re taking the correct dosage. Since only a handful of foods contain vitamin D, as much as 41.6% of the US population is vitamin D deficient, making the education of such important.

Vitamin D gets stored in your body for a long time, as it’s absorbed by bodily oils and fats; this is otherwise known as a fat-soluble vitamin. There are two dietary forms of vitamin D, including vitamin D2 and vitamin D3. Vitamin D2 can be found in yeasts, mushrooms, and some plants, while vitamin D3 can be found in egg yolks and fatty fish. Of these dietary forms, vitamin D3 is thought to be almost twice as effective at heightening the levels of vitamin D in the blood than its counterpart.

What Does it Do?

In your body, vitamin D undergoes tow conversion steps before it’s activated. For the first of these conversions, vitamin D becomes calcidol in your liver, which is the storage form of the vitamin. Following this, it becomes calcitrol in your kidneys, which is the steroid-hormone form of vitamin D. This then interacts with the vitamin D receptor, which is located in almost all of your body’s cells. Upon the steroid-hormone attaching to the receptor, genes are switched off or on, resulting in cell changes. This is how most steroid hormones operate. From this, the cells linked to bone health are affected, in which the absorption of phosphorus and calcium is encouraged.

The Importance of the Sun

As previously mentioned, the cholesterol in your skin produces vitamin D in response to sun exposure. In areas of adequate sunshine, you may well get the vitamin D that you need but bear in mind you’ll need to expose a large section of your body. When spending extended periods of time in the sun, it’s important to wear sunscreen, as this reduces your risk to sunburn, premature aging, and skin cancer. Depending on your sensitivity to sunlight, you might want to not wear sunscreen for the first 10 minutes to half an hour in the sun so that you’re able to reap the benefits of vitamin D.

While the food options for obtaining vitamin D are limited, there are a handful of foods that contain vitamin D3. These include the following:

Other fatty fish such as tuna, trout, swordfish, and mackerel also contain vitamin D, but you’d need to eat them on a daily basis to get enough. The only outstanding vitamin D source is fish liver oil, containing two times the Reference Daily Intake in one teaspoon. Similarly, some cereals and dairy products are also fortified with vitamin D.

I'm a professional writer and author of many sites. I want to explore the world through my writing.

Men interested in maintaining a healthy male organ need to ask themselves if they are getting enough vitamin D; the answer for far too many...

The oral dose structures like tablets, cases are the most widely utilized type of drug all throughout the planet. Be that as it may, being...

Rekha Singh
What is Liposomal Vitamin C and is it Better than Regular Vitamin C?

Vitamin C Basics Vitamin C is one of the most well-known and widely used supplements worldwide and has a well-established and scientifically...