Building your business for success in Singapore 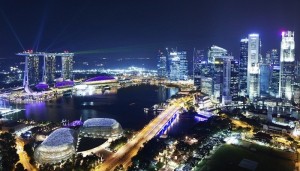 Setting up business in Singapore

This millennium is Asia’s millennium, with the growth of China at break neck speeds and opening up of various South East Asian countries such as Vietnam, Myanmar and Indonesia, Asia has seen growth like never before.

Singapore is well positioned in the trade route between China and the European continent, with such a geographic position, it has been receiving an abundances of resources and financial position.

Singapore has longed been one of the best areas to start your venture into Asia and its neighboring countries and we will discuss why is it so.

Reason 1: Singapore has both East and West influences

Going back to 1819, Singapore was "Founded" by Sir Stamford Raffles of Britain. He was part of the British East India Company and was tasked to sort out the spice trade in the South East Asian Region that was core to its company’s trade. He came to Singapore and set up government here and made it a crown colony of the British Empire. English was one of the main languages of the country and this has stayed on till this day.

The government is run using English as the main language and this has led to easy communication with many English speaking countries (namely UK and USA).

Singapore, positioned between the two great Asian countries, China and India, had a large number of migrants who came to Singapore in the early 1900s. They settled down in Singapore and brought along with them their culture and language.

This has allowed Singapore to embrace both the culture of the east and the west and also the languages that allows it to communicate well with both superpowers.

Reason 2: Singapore has a strong business culture and it is very easy to do business

Singapore is ranked number 1 in the world for the ease of doing business. Registering a new business takes half a day or shorter and if you want to get license for certain industries it takes at the maximum a week or two.

Singapore has also very strong tax structures that are in favour of business and this allows entrepreneurs to grow and build their business here in Singapore.

Singapore is also one of the best places for accounting standards and you can ensure your investments are safe in Singapore.

T.K is an avid writer on business topics, he works with SEO Geek Singapore

The pothole problem – is it being addressed?

Potholes are an issue on the roads that drivers are all too familiar with. It is leading to poor road surfaces and many accidents. According...