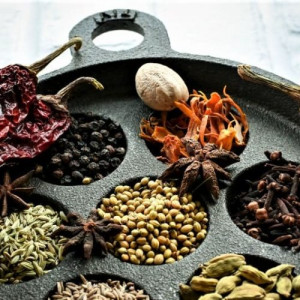 Being the largest producer of spices or masalas in the World the country exported nearly 3.13 billion USD in the year 2021. The country to which most of the spices were exported is where most of the Indian communities are found. These are the USA, UAE, Vietnam, Saudi Arabia, and China. Although most of the import demands from these countries are due to the Indian diaspora, the local citizens too consume Indian spices in large quantities.

Understandably pepper, turmeric, and cardamom were most exported but ginger, cumin, coriander, fennel, and nutmeg also accounted for high values exports. The country produces quality spices that are genuine and unique in taste this is another feather in the cap that creates demand for our masalas. Another good reason for the popularity of masalas abroad is the increasing demand for Indian cuisine.

The UK alone has more than 11,000 Indian restaurants. If you add the number of Indian restaurants in gulf countries, the USA, and Europe the demand can better be understood. Indian cuisine is well-liked and its popularity among the local citizens is also increasing day by day.

The availability of small packets containing Indian masalas has contributed to the demand due to flexibility in transportation. The seasoning in packed form has created a huge domestic market and has favorably impacted exports. But of late the demand for packet seasonings is reducing due to the authenticity factor.

Too Many Players in Packet Spice Segment

With so many players in the market, the incidence of poor quality and adulteration is on the rise in the seasonings sold in packets. It isn't easy to make out the composition., Hence people are moving toward instant premixed masalas that are being sold in wholesome form. Thus, the demand for instant premixed whole masalas for recipes is growing rapidly.

All the housewives, cooks, and foodies have to do is roast and grind the whole spices and add to the recipe it is meant for. Though it seems the products are transporting the consumers back to the traditional era this is not so. The preparation time including the roasting and grinding is hardly expanded.

The most important or key selling feature of these seasonings is that authenticity and freshness are assured. You can smell, taste raw, and observe to ensure quality and content. Plus who would not wish to cook as the grandma did at a family gathering? The latest trend is also catching up in importing countries and exports are going to rise rapidly.

It has become really very tough to cope with unexpected financial emergencies that generally occur in the middle or near end of the month...

There is constant need for money in n your lives. Sometime you can comfortably manage money to withstand demands well but sometime you get...

Premixed Grout Market: Overview A grout can be defined as a material used to fill the joints between tiles. It is a mortar or paste used for...