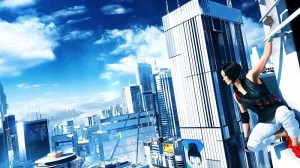 The first Mirror’s Edge game provided an entirely different perspective on video games allowing for more freedom of movement and incredible graphics for the first time. In 2012 news came that Mirror’s Edge 2 was in production and fans have been awaiting for a Mirror's Edge 2 Preview ever since.

The Mirror’s Edge 2 Preview gives us a look of the game’s story about what happened before the 2008 game’s predecessor. All of the action will take place in first-person and will feature free-running and Parkour to explore different maps. Faith Connors, the main character in both games, is shown as evolving into the character we see in Mirror’s Edge. In this game she will have new abilities and a wider range of moves. Players will be offered a variety of paths on different levels to accommodate for different skill levels. Basically the moves, environments, and combat are all expanded in this new game.

The online feature is made to be similar to an open world environment. It is a multi-player map where any players can drop in and out freely and openly interact with other online players. There are also cooperation and competitive multi-player components.

The Mirror's Edge 2 Preview showed the improvements upon game play combat. The first DICE Mirror’s Edge game received much criticism for having a one button combat system and completely useless gun play. To correct these issues the new game focuses on the character’s fluidity and speed while including combat combos and environmental interactions. The character can now kick enemies into or off of nearby objects like tables or ledges. This combat system however is far from the main focus of the game. DICE explains that they consider the game to mainly be a Parkour racing game all about fluidity, speed, and mastering the environment.

The release date of this exciting new game has not been officially announced yet. It is rumored to be expected in 2016, but until an official release statement everything is just speculation.

This amazing game will only be compatible with the new generation of gaming systems. It will be available on PC, Mac, Xbox One, and PlayStation 4. The experience relies on the new machine's technology and unfortunately older gaming consoles just wouldn’t be able to handle the game's mechanics and design.

The Mirror's Edge 2 Preview reveals graphics that take gaming to the next level. Coupled with the next generation technology of new gaming consoles this game is able to recreate running across rooftops. This gaming experience is from an entirely different point of view and the animation and performance are top notch and take advantage of all of the extra computing power of these new systems.

For a more in depth look at Mirror's Edge 2, check out: http://www.areyougaming.com/i/mirrors-edge-2-sneak-peak

Long live gaming. I've been a gamer since I can remember and I really do enjoy sharing my gaming experiences. You have any questions about video games or gaming in general, don't hesitate to ask.

You have an error in your SQL syntax; check the manual that corresponds to your MySQL server version for the right syntax to use near 's edge 2 preview') >= 2 )AND (i.`status`=2) ' at line 6
© 2004-2022 Abilogic.com Business Web Directory. All Rights Reserved.