The Best Cartoon Characters On The Screen Ever Made 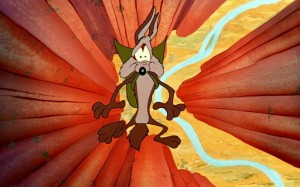 Everyone of us has grown up watching cartoon movies and cartoon series, which have always been a valuable part of each of our lives. Kids and even elderly people still enjoy watching animated series with their favorite cartoon characters. While watching cartoons we relax, and not just that, but they teach us lessons and shows the real value in live. Many series are known by their funny cartoon characters, and here are few for who we can say are one of the best characters on the screen ever made.

Wile E Coyote – First introduced in 1948, Wile E Coyote is one of the most interesting cartoon characters ever. In all 48 episodes of the series, Wile E Coyote tries to catch the Road Runner, while risking his own life on a regular basis. He always comes up with an idea, a bad one, and so puts his life at risk and often suffers a lot. Their chase takes place at Western deserts of America.

Snoopy – Snoopy is a cartoon character that comes from a comic strip, called Peanuts. But Snoopy became even more popular once he appeared on the TV. Peanuts is a perfect example of successful transition of a comic strip to a cartoon series. Snoopy is a pet dog of Charlie Brown and he dreams about flying with Red Baron. His best friend is Woodstock and has a crush on Lucy.

Popeye – Popeye is one of those cartoon characters that first appeared in a popular comic strip, but in this case, Popeye has become more popular by his cartoon series. Popeye is known by his bulging forearms and by eating spinach to become stronger. The series Popeye the Sailor Man was introduced to the audience in 1933 and the plot is about the love triangle of Popeye, Olive and Bluto. Popeye and Bluto are involved in an endless fight for the love of Olive.

Goofy – Goofy, a product of Walt Disney that first appeared in 1932, is a funny talking dog with a very positive spirit. Goofy was a part of the trio with Mickey Mouse and Donald Duck, but in 1939 he got his own cartoon series. The shorts of his series were all titled "how to..." and they are hilarious. Presented as a widower with a son called Max Goof, Goofy's positivite attitude always brings a smile on everyone's face.

Summary Read about the Chinese cartoon book online and the rising popularity of Confucius cartoon stories among the language teachers and...

Jams Worth
Influence of Confucius Cartoon Stories On Chinese Society

Summary Read about the widespread influence of Confucius on the Chinese culture and society. Browse the popular Chinese cartoon book online...

There are people who don’t want to show their real face on social media as their profile image – for those kinds of people it is best they...