How Much Is My Car Worth? How To Make Accurate Estimations 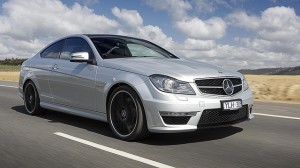 Want to sell your car? Probably you have the same question as others that is "How much is my car worth?". The easy way is to call auto dealers or use the internet to find out the monetary value of the car. However, the prices they get are not usually accurate, because in most cases the buyers are looking to make a profit from the resale of the car. Hence, the prices quoted may be lower or higher depending on the situation. However, if you want to get an accurate estimation of your cars’ current value; without the consideration of buyers who want to exploit the value for profit, you will have to carry out the valuation following a set of guidelines. When selling your used car, knowing the cars exact value is a great tool to use when setting a price for it. This is because you can raise the price a bit above the valuation to provide room for bargaining so as to sell at the price you initially estimated. Below is a set by step guide as for how to go about the valuation.

The first step to establishing the value of a car starts with the value of the cars model and make in the current market. If you have a luxurious model; for instance a sports car, it is bound to depreciate. However, due to its make, you will be surprised that it is still worth more than a newer version of a less quality car, like a Pries. It is not a wonder to find that despite having depreciated in price, high end cars depending on how they are maintained can fetch a larger percentage of their original value when sold compared to most economy cars. However, some low end cars such as a Honda are also considered very efficient in terms of fuel consumption and consequently they also fetch a reasonable price. This means, if you have such a car, you stand to enjoy getting a good price from it provided it is in good condition

A car starts depreciating the moment it is driven off the lot. As a result, the year the car was made is another tell-sign for how old the car is and estimating how much it is worth. Unless it is a collectable car, the older the car model the less it is likely to be valued. If you are unsure of your cars model year, you can check the car title or log book or the VIN number on the driver’s side at the base of the windscreen. If your car was manufactured after 2000 the year is represented by the seventh digit of the VIN. If the number is a 3 then the model year is 2003. For car models earlier than 2000 the tenth character in the number is a letter which can be decode using various websites online to get an accurate year. The newer the car model, the higher the value as opposed to an old model.

For those with experience with motor vehicle, trim level is not a new topic. However, for those who didn’t know, the trim level of a car is its version of a model. For instance if you drive a Toyota Camry 2015, the model has about four different versions of the same car that come with different features. The trim level is denoted by letters such TX, DX, SE and many more. For most models there is usually one version that tends to be more valuable in terms of better features than the other version and as result tends to have a higher valuation than the rest of the other versions. With such a version, getting a competitive price for it is relatively easy provided the condition of the car is acceptable.

The size of the engine is also a major contributor to the valuation of a used car. Some vehicles have more than one option for engine size and hence, it is capable of accommodating different engine sizes under the hood. As a car owner you may decided to customize it by adding or placing a new engine in it. In such a case, if the engine is new yet the car is old, the value of the new engine should be a contributing factor to its total value. A bigger engine translates to more power and hence, the cars’ value should rise in relative proportion to the value of the newly installed engine. For cars with multiple engine displacement, their value is relatively fair as it provides the buyer with the option of customizing it to suit their preferences.

Irrespective of the cars’ model, make and engine, a cars worth is mainly determined by its total mileage. The more mileage on a cars odometer means the car has been very thoroughly used and as a result it has experienced some ware and tear. This in turn lowers the valuation of a used car as it is bound to require more servicing over time as opposed to a lesser used car. However, if your cars’ mileage falls below 100,000 miles, then the car is considered relatively newer and as a result its valuation is still quite favorable. If you plan on selling you car, it is important to keep a mental record of the mileage especially after it reaches 100,000 miles as the valuations depreciates rapidly after this point. It would be in your favor to ensure the car is regularly serviced so as to maintain its mechanical performance as well as look.

After making estimations based on the above factors, the final point is to make a truthful evaluation of the cars’ interior and exterior body. This is meant to check for any dents or damages in or on the car which may require repair before or after the sale. If the need to repair is evident, you can either estimate the repair costs then deduct them from the total valuation or you can have the repairs done and reimburse yourself from the sale. The interior décor is also another valuation point. A car with a canvas interior will definitely go for less than one with a leather interior even if they are they have the same mileage, model and engine size.

In conclusion the next time someone asks you for advice on "How much is my car worth?" the above points should be the first considerations to make so as to get a relatively accurate estimation.

Introduction Car is one of the basic necessities of life. Humans use cars for travelling purpose.Cars generally operate with the engine...

ServiceMyCar is the first choice of the people here and it is the best car repair in Dubai, UAE. It is the first platform of the region...

Your Audi Car servicing at ServiceMyCar caters for all models within your vehicle range. The Interim and Full-Service schedule descriptions...