Learn Bicycle Repair And Give Back To Your Community 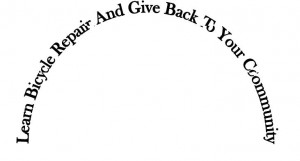 If you’ve been looking for a way to support cycling as an viable means of transportation, and would also like to support friends and neighbors in your community, rescuing bicycles from the tip and repairing them to give to local children is a great way to have a positive impact on your city, your country, and the planet.

Bicycling for fun, exercise, racing, or as an alternative to driving is growing in popularity with the general public. Many cities in Ireland are increasing the amount of road space given over to cyclists, and they’re also connecting existing bike paths to make safe, quick routes throughout the city just for bikes. The support system for cyclists continues to grow along with the general public’s enthusiasm for biking on a daily basis. Neighborhood bike shops are flourishing, and it’s getting easier to find places that offer expert bicycle repair to go along with sales.

There’s one portion of the bicycle riding population that’s being left out. Most of the activity and improvement in bicycle riding infrastructure is dedicated to adults. In many ways, children are being left out of the cycling revolution. Commuter bike paths aren’t designed for children to ride on, and there are fewer places set aside where kids can pilot their bicycle around safely. On top of these restrictions, high-quality cycles are too expensive for many children’s parents to afford. While the advent of international trade has made the lowest quality manufactured goods much cheaper, they’re also not as durable, and require repair more often than higher-quality bikes. Go to BikesOrBicycles to get some pricing idea, if you are based in Ireland. Children also outgrow their bicycles as quickly as their clothes, and need regular upgrades of their bikes if they’re going to be able to continue riding as they grow up.

For a Child, a Bicycle Is Their First Taste of True Freedom

When babies take their first steps, they’re on their way to true independence. No matter how quickly a child learns to walk, and then to run, nothing gives a child a more profound sense of freedom than learning to ride a bike. A bicycle is the first mode of transportation that a child can use that allows them to pilot it by themselves. Anyone that thinks back to the first time they rode a bicycle will be able to recall the exhilarating feeling of riding on a quiet lane with the wind in your face. Riding a bike is fun, and good exercise, but it’s also a lot more than that. It’s a milestone of the road to adulthood for any child.

Riding a bike is important, but owning a bike can be important as well. A bicycle is often the first truly important possession for a child. The affection and pride of ownership of a bicycle is as profound for a child as any other object they’ll ever own.

Inexpensive Bikes Are Hard to Come By

Mass-manufactured bicycles for children can be purchased fairly cheaply at department stores and sporting goods outlets. Unfortunately, the quality of these bicycles is not very high, and repairs can be difficult because the bikes are made overseas and there is no network of parts dealers to support them in Ireland. That makes cheap bicycles into disposable bicycles. In the past, a treasured bicycle was often handed down from older children to younger children in a family, or from one neighbor to another. It’s much more common nowadays for a bike to end up in the skip after a child outgrows it. For very poor families, a low price tag on a new bicycle is still too high, and they certainly can’t afford to purchase one every couple of years.

Riding a bicycle isn’t the only way a bike contributes to the development of a young person. A bicycle is an interesting machine, and children quickly become fascinated with the way it works. Because almost all the moving parts are visible and understandable, a bicycle is likely to be the first mechanism that growing children ever fix or maintain. Bicycle repair is a great way for kids to learn how to do things for themselves.

Because bicycle repair and maintenance can be as simple or complicated as a child and a mentor wish to make it, everyone can have something to do with keeping their prized possession in tip-top shape. Even something as simple as pumping the correct amount of air in your bicycle tires is a worthwhile experience for a youngster, and riding the bike after performing your own bicycle repair is sure to give a child an immense feeling of satisfaction and maturity.

Parts for Bicycle Repair Are Inexpensive

One of the great things about bicycle repair is that almost all the parts and tools necessary to perform common repairs are fairly inexpensive. Most of the most expensive parts on a bicycle are the most durable, and are unlikely to break down if the bicycle receives regular maintenance.

Finding a sturdy, well-built bicycle that requires a few simple repairs is fairly easy. If you’re willing to spend a little time and money on the project, the reward will be far greater than the outlay.

Helping a Kid Fix Their Own Bike

Not only is bicycle repair a great way to help a child get their first bike, it can be a great way for a mentor to help a child learn to be more self-reliant and handy. Bicycle repair can be beyond the abilities of small children, but they’re always keen to lend a hand when repairs are being made. Children get a feeling of satisfaction when they participate in the restoration of their prized possession. Fixing a bicycle is a great way for a parent or other mentor to perform practical work with a child as a means of demonstrating the importance of the reducing reusing, and recycling in everyday life. There’s no better way to teach children the value of things than by involving them directly in their upkeep and care.

Vijay Kundekar
Bicycle Components Aftermarket to Reach at a CAGR of 7.0% through 2028