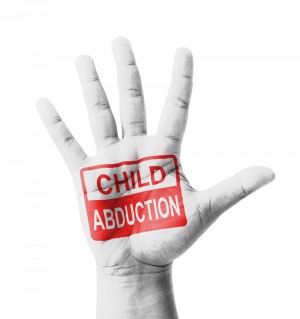 The UAE is not a party to the 1980 Hague Convention on the Civil Aspects of International Child Abduction, which protects against the retention of children across international borders and seeks the return of children to their habitual residence. Nor is it a party to the Uniform Child Custody Jurisdiction and Enforcement Act, which gives courts in the child’s home state exclusive and continuing jurisdiction for child custody litigation. UAE courts also do not enforce foreign custody orders. However there are certain circumstances in which the UAE has a bilateral treaty with other countries concerning international child abductors and their extradition. Generally though, the UAE follows a comprehensive set of child custody laws set out in its own federal law system.

Often an abduction case in the UAE is treated as a child custody case. If the court finds that there is an actual case of parental child abduction, they treat it as a criminal offense. The UAE uses its own laws to ensure a child’s protection, instead of surrendering the child’s fate to a foreign court, whose system may be unfavorable to the child’s welfare. Therefore, a parent must apply for custody and permission to bring the child back to his or her habitual residence through the UAE courts.

Residents of the UAE are awarded more protection than non-residents. However, priority is generally given to the Muslim father, irrespective of nationality, when the mother is non-Muslim. Though, in determining matters of custody, courts in the UAE consider the parents religion, place of permanent residence, income, the child’s age and gender, and the mother’s subsequent marital status. With reference to non-Muslims, the laws of the child’s birth place apply, in so far as they do not conflict with local federal laws. When the case is first presented, foreign nationals can ask for their case to be heard under the laws of their country of origin; however, the law of their own country cannot be applied once the case has started in UAE courts. Normally the parent, who has fled to the UAE with the child, starts a case in UAE courts in order to apply local legislation.

A recent case in this area dealt with parental child abduction over a 4 year old girl, whose father lives in Abu Dhabi and whose mother lives in the United States. The couple moved to Abu Dhabi in 2007, but the mother took the child and moved back to the US in late 2008. After the mother left, the father filed in UAE courts and was awarded custody. In February 2010, a US court awarded the couple joint custody and forbade the father from taking the child to the UAE. The father breached this order, resulting in kidnapping charges against him in the US. The girl is currently living in the UAE with her father, as the UAE does not enforce foreign custody orders.

There have been an increasing number of parental child abduction cases in the UAE, due to the fact that they are a non-convention state and subsequently apply their own civil laws. As a result, the return of a child in the UAE is quite uncommon.

@ Definition of Child Visa Child visa is a kind of permanent visa that enables eligible parents to support their children to stay in...

Through this article, I will highlight three important points to be considered by either spouse, if the other half has abducted the child...