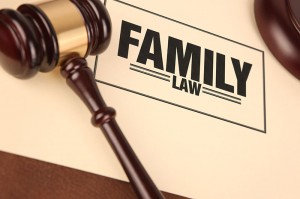 Through this article, I will highlight three important points to be considered by either spouse, if the other half has abducted the child from another country to the UAE without proper authorization and consent. Children are always caught up in these despicable events. Nevertheless, such situations can be prevented by taking calculative legal steps within the UAE.

Federal Law Number 28 of 2005 regarding Personal Status Law governs the issues pertaining to Child custody and guardianship within UAE. In accordance with this Law, the mother is a natural custodian of the child, unless otherwise specified by the court, whereas, the father is the guardian who holds the rights of supervision and maintenance of the child. Regardless of UAE Family Law, UAE has promulgated several rules and regulations in relation to child abduction and ways to return the child to the rightful custodian.

Despite the fact that UAE is not a signatory to Hague Convention 1980 concerning international Child Abduction and to Uniform Child Custody and Enforcement Act, the country has entered into various bilateral treaties for prioritizing the welfare of a child in cases of child abduction. Nevertheless, UAE courts generally tend to follow their own laws to adjudicate upon such matters. More or less, child abduction cases are taken into consideration as custody cases; however, if proved that the parent has abducted the child, he or she may face criminal punishments.

Henceforth, below are the three important points which need to be considered, if you face an issue of international child abduction:

1. Appoint Family Lawyers in UAE: The first and foremost step is to engage a family lawyer in UAE who can legally represent you before all relevant authorities and courts to obtain custody of your child or to ensure his safe return to his home country.

The UAE is not a party to the 1980 Hague Convention on the Civil Aspects of International Child Abduction, which protects against the...

Laws Child abuse laws are prevalent on all the facets of administration from the federal, state as well as the local levels. These...

@ Definition of Child Visa Child visa is a kind of permanent visa that enables eligible parents to support their children to stay in...