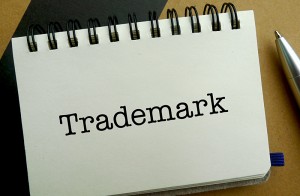 The United Arab Emirates is regarded as a commercial hub of Middle East, which facilitates in the practice of commercial activities in a lucrative and tax-free environment. The legal system endeavors to protect producers and consumers from Trademarks infringement. Trademark infringement is a violation of exclusive rights attached to a trademark without the authorization of the trademark owner or any licenses (provided that such authorization was within the scope of the license). Infringement may occur when one party, the "infringer", uses a trademark which is identical or confusingly similar to a trademark owned by another party, in relation products or services which are identical or similar to the products or services which the registration covers.

The UAE trademarks law stipulates that trademark infringement is punishable by imprisonment and/or fine of AED 5000. In addition to that, the law applies the same punishment to individuals or companies that sell, offer, or hold with the intent of selling products with infringed trademarks. However one must note that infringement consist of two aspects: a) the psychical one, which takes place through selling or offering or holding with the intent to sell the product that infringes the mark of an owner; b) the intent of the person. In other words, he has to be aware that the trading or selling may lead to infringement of the trademark.

Nevertheless, as stipulated by law in order to be charged with trademark infringement, such trademark has to be registered according to the law. However selling or offering or holding with the intent of selling is a different crime that does not require the registration condition. The reason behind this is that this crime is considered to be the consumer not the owner of the trademark itself.

In addition, the law states that in the event that the accused commits the same crime again, the same punishment will be applied; however his business will be shut for a period between fifteen days and not exceeding six months. We can conclude from the above-mentioned position that it is not mandatory to be a merchant In order to commit such a crime; an ordinary person can also be accused of it.

We can conclude from the above mentioned that it is not mandatory to be a merchant in order to commit such crime, but also an ordinary person can be accused of it.

At the same time, whoever suffers damages due to the trademark infringement has the right to lodge a civil case at the court in order to claim for remedies and compensation.

The trademark is a unique slogan, logo, symbol, color combination, smell that is associated with the product or service to uniquely identify...

Trademark Bazaar
Know more about Trademark by Consult my tax