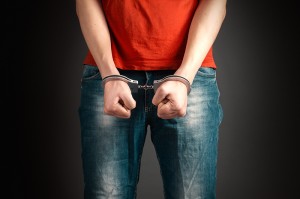 I selected Bail procedure as the topic of my current article as it is usually amongst the chief concerns of all our clients. They want their lawyer to get their family members or friends released on bail as soon as possible.

As it was indicated before, through this article, I will further clarify the arrest warrant procedures and pretrial imprisonment order procedures. I will also simplify the matter of provisional release until the investigation is completed, which is commonly known as Bail.

Generally, the law gives the Public Prosecution the right to provisionally release the accused for any crime committed or for any accusation they are charged with, unless the probable verdict is a death sentence or a life imprisonment.

Such bail decisions could be issued on the basis of a request from the accused or his attorney. Prior to transfer of the case to the court, the Public Prosecution in all stages of the investigation, has the right to make such decisions. This is an accordance with Article 111 of the UAE Criminal Procedures Law.

Common practice shows, that releasing the accused temporarily while the criminal investigation is still ongoing would require him or her to provide a suitable assurance that he or she will make an appearance any time the investigation entails his attendance. The accused has to provide a guarantee that he or she will do all that is necessary in accordance with the applicable laws. These fall under the conditional bail provisions.

Also, if the accused, violates his release conditions without a valid excuse or justification, the financial guarantee will be owned by the government without any need for final judgment, as per Article 111 of the same law.

If the case is closed or dismissed, whether during the investigation process or after the transfer of the case to the criminal court, the amount that was deposited as the financial guarantee shall be returned in full and the guarantor would be released from any undertaking he had signed.

One of the most common questions and anxiety that most of our clients have is whether the bail can be revoked after it has been approved or executed.

The answer to that is, although it is unlikely to happen, but to the common practice shows that the bail would be cancelled, in accordance with Article 115 of the Criminal Procedures Law, in one of the following scenarios:

These are one of the chief reasons for instructing lawyers for representation in criminal cases. Also, in criminal matters, it is very important to have representation from the very beginning to the end. The lawyer would always try not just for bail but also to liaise between the client and the Public Prosecution in order to ensure that the client is following the applicable laws and unintentionally does not breach any of the bail conditions.

One more question that our clients commonly refer to us is whether the victim in criminal cases can request detention of another or participate in the discussions about conditional bail.

The answer to that is, no that is not possible. This is because Article 117 of the same law clearly states that the victim does not have the right to request imprisonment of the accused and cannot participate in the discussion in these regards.

In the State of California, the California Department of Insurance (CDI) licenses and regulates bail bond agents. To be a practising bail...

The process of posting a bail bond involves a contractual undertaking guaranteed by a bail agent and the individual posting bail. In such...

As a prosecutor, explain the final report to the prosecution of a case is always important. The first importance of this report is that it...