Why Hillary Clinton lost and a fool won? 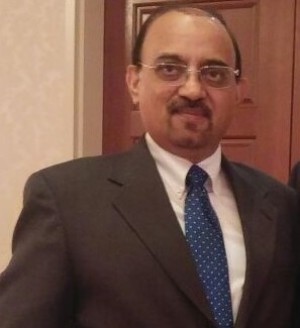 Trump’s victory over Hillary Clinton in November came as a shock to the world. News reports, every pollster and every expert was talking about her becoming the first female president in American history.

It was an amazing achievement for Trump to get elected. He has never held public office. He is generally known for a distinctive form of obnoxious branding and corrupt capitalism which includes many casino failures, several bankruptcies and hundreds of lawsuits. On top of this, he had insulted and infuriated many segments of society including women, journalists, and people with disabilities, Hispanic and African Americans and Muslims.

So how the hell did this happen? The sudden surge of Bernie Sanders in Democratic Primary and defeat of all traditional politicians in Republican Primary made it very clear that voters were looking for change. Hillary Clinton was quite a known face and seemed an extension of President Obama, while Trump was different, saying different things to please different people. Many of the things he said were contradictory and often false, but that did not seem to matter to 60 million voters. Almost half the voters wanted some kind of change. But more surprising thing was that they were willing to go for a candidate with some of the most obvious flaws and inappropriate behavior of any presidential candidate in our lifetime?

There are certainly a number of factors that contributed to Hillary’s loss: the enormous desire for change, voter anger, white supremacy, fear and resentment, economic deprivation, misogyny, media bias, voter suppression, Russian meddling; Bill Clinton’s meeting with Attorney General at Denver airport, James Comey’s decision to send a letter to Congress about Clinton’s emails less than two weeks before Election, her paid speeches at Wall street, arrogance and incompetence of her campaign staff.

Hillary’s defeat to Donald Trump is the fascinating story of a sure win gone off the tracks. As I said above that there are many reasons that we can discuss now to explain but no explanation of defeat can begin with anything other than the core problem of Hillary's campaign--the candidate herself. She was indisputably the worst major presidential candidate in our lifetime. Because of that reason a lot of voters stayed home, and third-party voting was higher than in recent years. Bob Dole or Mike Dukakis did far worse than her but they never really had a chance while Hillary had no business losing to Donald Trump. Instead of 3 million more votes, just for 100,000 more votes in three states, Hillary Clinton would be president today.

In my opinion the biggest issue was "message." Hillary did not have one, and she left it to her staff to articulate to public that why she was running. Bernie Sanders, in contrast, knew why he was running, and his supporters knew it, too. Trump had a message that he was going to make America great again — never mind that he did not have a clue as to how.

He was lucky to pull three wins in Wisconsin, Michigan and Pennsylvania all by margin-of-error numbers. The only message I can think of about Hillary’s campaign was "Hillary Clinton — because she’s not Trump" and that didn’t stick with voters. She was stuck with herself. It was good enough for most voters, but not for enough of them in those three important states where elections were lost. She lost, and a fool won.

Dr. Tariq Niazi, executive director at whitehousepress.us is a former White House staff member and has served with President Obama and President Clinton.

Know the details of life of Hillary Clinton from Biography

Hillary Clinton was born in 26thOctober 1947, in Chicago, Illinois.Her original name was Hillary Diane Rodham Clinton. She was declared as...

Shari Kinard
"I gave money to his foundation and Hillary Clinton came to my wedding," says Trump

Key points: Paul marred up twice Trump donations to Democrats what billionaire senator replied dismissively: "You're having a tough night...

Just Kiss
An Alternate History of Hillary Clinton’s Career, As Told by the Chappaqua Daily Voice

Since 2012, the Chappaqua Daily Voice has published more than 100 stories about Hillary Clinton. The articles, many of which feature a...