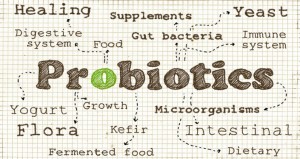 When most of us hear the word probiotics, what comes to our minds is yogurt, but these microbes should not always be associated with food or food marketing. Recent research on probiotic shows that it can actually have some benefits on the health and especially women’s health. From the research carried out, it was found that probiotics help ward off antibiotic-associated diarrhea (AAD) which a gastrointestinal problem. Probiotics can also help with a lot more such as improving women’s health as there are women’s probiotic supplements that women can take.

These probiotic supplements for women can help boost the body’s immune system, prevent infections, fight against obesity and generally improve women’s health. This article will be discussing the various benefits of women’s probiotics and maybe you would see reasons why you should get some for yourself as well.

In every woman’s digestive tracts and even human beings in general, there are thousands of bacteria which serve one function or the other. There are those that serve positive functions such as help break food down and absorb nutrients while some bacteria cause illness and diseases. Most times people use antibiotics which are designed to kill the harmful bacteria in the body but antibiotics could in the process kill off the healthy bacteria that help the body digest food. This usually leads to diarrhea and other gastrointestinal issues. So rather than take antibiotics, it is advised that women take probiotic supplements to supply the body with harmless bacteria.

There are different types of urinary infections in women and as much as antibiotics cure most of these infections, there is a high chance that they might return. However, with constant use of probiotic supplements, the harmful bacteria will not have a place to thrive.

The healthy bacteria in the body serve the important function of stimulating the immune response in the body. By taking women’s probiotic supplements and having the intestines lined with healthy flora, a person will be able to have a strong immune system. This has been tested in some studies such as one in which a group of students was divided into two. The first part of the group which was given fermented dairy milk showed more production from lymphocytes which is a sign of the body’s immune system responding.

In a research carried out by researchers at Stanford University in 2006, it was found out that the gut bacteria present in the gut of normal-weighted people is different from the one in obese people. This shows to a great extent that overall weight is hugely determined by gut flora.

Some research has also shown that probiotics have helped some women who were trying to lose abdominal fat after childbirth. These women took some probiotic supplements and their waist circumference reduced. There is no clear explanation for how probiotics make women lose weight but as long as the probiotic supplements being taken is healthy and contains low calories, it is worth an attempt.

There are a lot of benefits that come with using best-rated probiotics brand supplements other than the above-listed benefits but even with the benefits listed in this article, you should try getting some and see how improved your overall health will be.

I am a product review writer. And Editor of https://protechbound.com

For Afghan Women, Driving a Car Brings both Fear and Freedom

KABUL: Since Rokhsar Azamee began driving the streets of Kabul last year, she has endured condescension, ridicule, and even threats to her...

Newageislamnewageislam.s
Weight/Resistance training is not for women: Myth or truth?

Over the years, a lot of women have come up to me and asked several questions pertaining to weight or resistance training such as is weight...

Swatik Mahendra
6 Fierce Questions on Women Empowerment to be raised!!!