Best online games to look forward to in 2018 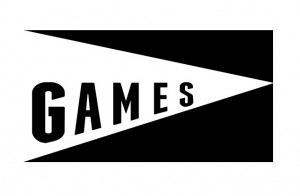 The New Year is almost upon us and while most of you are trying to wrap their heads around the games of 2017, we have here with the once you would want to get your hands on in 2018. With the advancement in online games over the internet, you can now access these games easily on Website like Meramaal’s free online games where you can find different genres in games. Of course with so many free games, launching we might have missed a few, but we tried to cover the most exciting once we are looking forward too.

We are certainly happy with the previous version but this time the 2.5D with 3v3 fighter is going to change everything for DBZ fans. The visuals of the 3D models look like they have jumped out of the anime. Even better, the attacks are in reference to the anime source, material. It might be released on Jan 26 and could be played on PC, Xbox One, and PS4. You could unite Goku, Vegeta and cell on the same team, feel like a dream come true.

Far cry 5 games is changing its course completing, this time there won’t be exotic off region or an ancient history set, far cry is brought you the first person experience. Far cry move to the mountains where a fictional region of Montana is under the rule of a homicidal cult. You become the Sheriff of the town to bring them down with as chaotic action as possible. A tool known as guns to hire will let you invite friends and have the most of it. It is set to release on 27 Jan.

Ori and the will of the Wisps

The 2015 Ori and the Blind Forest stuck a string in the hearts of players with an exciting storyline and challenging adventure. Moon Studios released a trailer E3 2017 showing off amazing graphics and a storyline showing Ori comforting a mourning young owl looking on the corps of its parents. We cannot wait for its release.

The Escape for freedom is what the game is all about. A co-op jailbreak sequel directed by Hazelight the writer behind Brothers: A Tale of Two Sons. One the best online games that let you play with a partner whether online or together and bust their way of the prison. It is said to release in March or early then that.

It’s rare that VR games like moss ranks as the most anticipated online games. It must because of the adorable graphics and the mouse character is just enchanting. The gameplay revolves around a mouse name Quill who must travel the dense forest to save her uncle from the evil presence and throughout the game you won’t be alone controlling Quill, but your physical VR presence shows its own traits. A magical world where Quill unravels new paths and solving puzzles with magical abilities. It is said to be released in February.

Last but not the least Monster hunter: World is a role-playing online game to be released in January by Capcom’s long-run series. This is the Fifth series of the Monster hunter with advanced graphics and a third –person perspective hunt with dragons and dinosaur with large weaponries and better attack options. Its brings you the complete package of somewhat like Jurassic Park, but with brighter visuals.

We are eagerly waiting for this game to release and get our hands on these free online games.

Try Meramaal free games and weekly new games will be added based on the user choice.

I cherish composing articles identified with innovation. Be that as it may, you could pitch me any subject, in the event that I like it, I will most likely expound.

How did casual games turn into the IT gaming experience of the moment?

The desire to simplify the approach to the idea of strategic gaming led to the emergence of a popular, autonomous category destined to the...