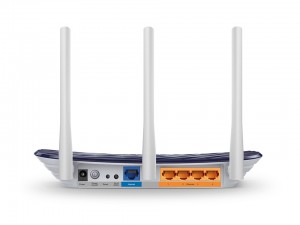 You just got a fancy new fibre internet connection from Vumatel and Fibre Tiger but now you hear your nerdy nephew talking about bandwidth and latency and you wondering what the difference and if you maybe have signed up for the wrong package.

The sheer amount of technical terminology out there can be overwhelming, even daunting. So we’ll aim to explain the difference between the two words you’ve undoubtedly encountered while trying to figure out which internet package best suits you and your needs, bandwidth and latency.

Let’s start at the beginning, with the term you would have most likely come across, bandwidth. So what is it? Bandwidth the size of the internet connection you have, it’s the amount of data that can in theory and perfect conditions be transmitted in a set amount of time. To use traffic and commuting as a comparison, it’s the number of cars that the roads leading into our CBDs can handle per hour. It’s the physical width of the cables connecting you to the internet, not the speed at which you connect.

Now, imagine your internet connection as a freeway. The information (data) needs to travel to and from your connection, and wherein this example we would be the information transmitted back and forth via our commutes to work, bandwidth is the size of the road.

It could be a single lane road, and that would, as an example, equate to a 20MB fibre line. A dual-lane freeway would be similar to a 50MB fibre connection, 4 lanes would be a 100MB, and so on. The wider the road, the less delay you’re likely to experience, and your internet connection is no different.

Now you might be thinking "but if the road is very wide, surely the traffic should move really quickly?!" In theory, you are correct, but this is where latency comes into the equation. Latency is how long a packet (imagine you had a parcel to deliver to a friend) takes to get from A to B.

If there is a hosepipe connected to a tap and the tap is off and now you turn it on:

The amount of water coming out of the hosepipe is the bandwidth.

So it’ a measure of how quickly data is transferred through your internet connection. The lower this number is, the less congested the road is and the quicker data is transferring. A practical explanation of low latency would be someone driving a parcel from Johannesburg to Cape Town via the N1 void of all traffic, while higher latency (a longer delay) would be to attempt that same route during the December holiday rush. It will take a lot longer to arrive at its destination.

In summary, both bandwidth and latency are taken into account when calculating a connection’s speed. The ideal combination would be a high bandwidth and low latency, as this means that traffic flows easily, directly and efficiently to and from your home’s internet connection.

Fibre optic termination goes about as the association of fibre or wire to a device, the device can be something like a wall outlet or gear...

Glass fibre yarn is produced by the twisting of the basic strands formed from several hundred filaments of glass fibres of the same...