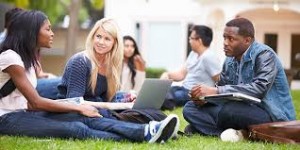 Companies are involved in different operations that result in the generation of information. The information is never discarded rather it should be kept for the future references. The question to ask is how to keep the data. The database concept came previously with the usage of the file database until we came to settle on the sequential databases. The primary databases are the SQL databases and the Oracle databases that do perform the same job but with the application of different principles in the implementation of the functionalities. A database is described as the collection of related data that is organized and stored at a collective place for easily accessing, management and administration of the data.

History of databases and SQL

Database came in to ensure that the data stored can be retrieved or shared amongst the users without the know that there is sharing. In 1970, Dr. Codd published a paper "A Relational Model of Data for Large Shared Data Banks" that was the building block of the relational database system. He described a new structure for data within the database that brought the relational database system that is still in use up to current (Sumathi & Esakkirajan, 2007). On the other side, Chamberlin and Boyce (employees at IBM Corporation, Inc) developed a query language they referred to as Specifying Queries As Relational Expressions (SQUARE). The language did apply the set theory a predicate mathematics to have the select of data from the database. SQUARE acted as the building block for another language (Instructional Software Research and Development Group., 2006).

In 1974, Chamberlin and Boyce refined the SQUARE language to publish the Structured English Query Language (SEQUEL). The refinement focused on the data retrieval from the database, and they had taken the focus to applying the top-down programming that required the linear notation, and readable programs which are easy to modify and maintain. The result of the implemented got the description of the SEQUEL as structured (Chamberlin & Boyce, 1974). In 1979, SQL got into its existence by dropping the vowels EUE, the SEQUEL was found out to be a registered mark trade for Hawker Siddeley Aircraft Company that forced IBM to change the SEQUEL to SQL.

According to Instructional Software Research and Development Group (2006), SQL statements can be classified either;

Structured Query Language (SQL) has got developed and meets the ANSI and the ISO standards as a computer language that can use in creation and manipulation of hierarchical databases. SQL has the capability of allowing the proficient user to undertake some administration activities such as create some views, update, delete records and retrieve the data from the database. It is very simple and easy for one to learn because it is sequential and structured in nature and it is to work with some other desirable database programs such as MS Access, and Sybase (Groff & Weinberg, n.d).

SQL database, the SQL Server 2005 and SQL Server 2008, have the data mining architecture that enabled the models to enhance business intelligence. Business intelligence components can easily get integrated into SQL server that includes the On-line analytical processing (OLAP), SQL Server Integration Services (SSIS) and the reporting services (Crat, Tang & MacLennan, 2013). SQL has been on developed and currently exhibit some attractive, unique features of supporting character sets, collations, and translations. A transaction can roll back on save points. The database language supports Boolean data type and large objects of binary and the character LOBs (Kreines, 2000).

The orientation program captured my attention by familiarizing me to a few identities. I first had to sign the internship acceptance form from the Human Resource department after which I am to be directed to my designated department. Within the working point, I will introduce myself to the work mates and move around to have the familiarization of the company strategic location. I will visit the specified departments starting with the operational section from where I will have to understand the company core business operations, procedures, principles and the goals to achieve. The working conditions will also be provided to avoid the misrepresentation at working point.

The iteration will get me through the steps prior designing and development of a database. First, I will have to undertake some feasibility so that I may be able to define the requirements of the company and the end users to be adhered to during the SQL database development. After then the designing of the application will take its course by applying primarily all the knowledge of SQL database to have the database that meets the determined requirements after that the last iteration will follow.

The iteration is the other critical activity that I will be involved. The primary expectations are ensuring that the database is up to date the demands of the end users are accomplished. During the process I will be updating the database, deleting some entries. Furthermore, create the views procedures and the queries as well as reports and more so enhance the security within the database. Actually, at the end of it all, I would have got the best knowledge than ever that will get me into the market with the desirable experience and skills.

Sherry Roberts is the author of this paper. A senior editor at MeldaResearch.Com in write my research paper cheap if you need a similar paper you can place your order for buy custom essay papers online.

Question: 1 You administer all the deployments of Microsoft SQL Server 2012 in your company. You need to ensure that an OLTP database that...

PL/SQL is a block structured language because it can have multiple blocks. SQL stands for Structured Query Language i.e. used to perform...

Info Campus
To get Employment Opportunity as Database Administrator

Action Research Project Overview Information Technology is advancing a lot these days. Working as an intern helps to gain knowledge...