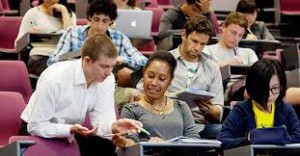 Ephron thinks it would be a good thing if more photographs of death and dying were published by newspapers (paras. 11-13). In a 2-3 page essay, summarize her reasons and evaluate them. Do you agree with Ephron? If so why? Do you disagree? If so, why not? Use specific examples to support your opinion.

Ephron thinks that showing photographs of death and dying in a published newspaper is good and gives various reasons as discussed. She explained that she never thought that printing corpses would raise the myriad of problems and the fact that people die her not understand why people avoid it. She thought that all kinds of pictures portrayed would be a good way of informing people of the incident and offer the needed help (Ephron, 171-172). She argued that the pictures deserved to be taken and printed since they are great pictures showing an incident that happened. It was not purposed to disturb readers, but to inform them of what happened in the failed attempt to rescue the two.

I agree with Ephron that pictures of death and dying ought to be published in newspapers and have valid reasons for it. In consideration to the incident that led to the death of the two subjects, the rescuers tried their best and demonstrated bravery in attempting to save the lives of the victims. As such, no blame would be laid on them since they acted promptly, but to no avail. The depiction of such photos provides evidence that action was taken. Additionally, it is possible that if more photographs of death and dying are published in newspapers, millions of people would learn critical lessons from the incidents. For instance, in a case of a car accident, readers of a published newspaper would learn the major causes of accidents and the need to avoid them. The readers would have second thoughts on the roads and drive with caution when they remember of some of the pictures of death and dying they saw in the newspaper from road accidents. According to Ephron, she did not recognize that the pictures would raise all sorts of problems about taste and sensationalism, but the fact is that people die. (Ephron, 113). Death is part of life and should be regarded in dignity, but it does not imply the failure to show it in newspapers.

I believe that photographs of death and dying are appropriate depending on the context and perspective of an issue. In most instances, readers are shown an aftermath of a death process and are left with unanswered questions about what led to the death. Thus, it would be appropriate to show pictures of death in action despite its connection to emotions and feelings. The use of pictures is a good way of depicting some aspects of death that are difficult to explain by words. As the saying goes, ‘a picture is worth a thousand words,’ it would be appropriate to depict death and dying using some photos other than using long emotional texts.

Boston Restaurants offer up some of the best food across several categories, but many find their seafood Restaurants with freshly caught...

Boston is filled with a long and rich history, so it is no surprise that some Boston Bars have quite a long history as well. The next time...

Boston winters are beautiful, but some guests at Boston Hotels who are traveling with children wonder What to do in Boston with children...