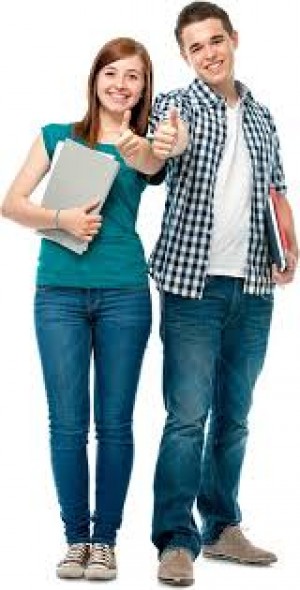 Most of the public relation nightmares experienced are due to failure of businesses to perform honest and legitimate processes and transactions. The choices made by Johnson’s company to manipulate the information disclosed to the public (Davis, 2002). If the Johnson’s management decided to tough out the first reports of Tylenol related products and recall the products it would have lost the trust of its clients. Eventually the employees and partners and other stakeholders would question the truthfulness of all the organization's current and future messages. Mistrust expressed by word through media would take years to repair. It would be bad for the transactions and processes of Johnson. Some of the effects of loss of trust would be poor retention rates of the employees as well as the withdrawal of investors from the company (Davis, 2002). Employees and investors who are not willing to cooperate with fraudulent practices will detach themselves from Johnson.

What other form of relations options did Johnson& Johnson have in responding to the first round of Tylenol murders?

The Johnson & Johnson administration made the wrong choice and tried to conceal the information related to the presence of cyanide in the Tylenol. Even though telling the truth was the best strategy for alleviating the company from the problem there are other strategies it could have deployed (Tedeschi, 2013). The Johnson & Johnson management would have used impression management strategies to manipulate the data disclosed to the people. Rather than lying the administration would have come clean with the public and explained every detail about the product in the best possible light (thematic manipulation) (Tedeschi, 2013). The management would use of positive connotations in the information disclosed to overcome information asymmetries by providing stakeholders with the information they want to hear about projected organization operations. For example, the management would disclose their intentions to investigate and amend the issue. It would have been beneficial to the company as they would retain their image and the trust of the major stakeholders of the company. The transparency would alleviate any form of doubt amidst challenges of fixing the health issues related to the presence of cyanide in Tylenol.

Rather than lie about information related to Tylenol containing cyanide the management would have applied rhetorical manipulation as a conciliatory strategy to cloud the judgment of the stakeholders (Tedeschi, 2013). The management of Johnson & Johnson could have used the persuasive language in rhetorical manipulation as a proxy for obfuscation. In the event of suspicion arising from the stakeholders, the management would defend itself with the notion that the information disclosed was truthful but complex.

Do you think the company made a wise decision reintroducing extra-strength Tylenol?

Reintroducing the extra-strength Tylenol using a different packing system to the market was a wise decision made by the company. The idea of changing the packing system of the drug to reduce chances of counterfeiting the drug was brilliant. Counterfeit drugs would reduce the effectiveness of the drug and at the same time increase the health risks of the users (Curtin, 1999). Reintroducing Tylenol to the market as extra-strength Tylenol was also a brilliant idea. It showed that the company had faith in the drug and it was good for prescription. Reintroduction of Tylenol to the market built upon the trust of the stakeholders particularly the clients who were afraid of losing their lives in a similar manner to the victims of the murder. The management of Johnson & Johnson made the right decision to return the drug to the market after all it was the company’s highest selling product.

Even though people used the drug t kill people did not mean that the drug was not effective or was harmful to the public. Nonetheless, the organization should have set up precautions before reintroducing the drug other than changing the packet (Curtin, 1999). Johnson & Johnson would have looked into the cause of death of the drug and made sure it was not harmful for consumption. The management of the organization should have investigated whether the packets had cyanide in them and also if it was lethal to the clients before release (Curtin, 1999).

In the light of the Response of other companies to move precipitously when faced with a crisis, do you think Johnson & Johnson should have acted so quickly to remove the Tylenol product after the second round of Tylenol murders in 1986?

Recalling every drug in the market was the right step to take regardless of the costs. The organization suffered a massive blow after two clients passed away due to consumption of the drug. Recalling the drugs from the market illustrated that the company was willing to take responsibility for the effects of its drugs. Proper corporate responsibility demands that organizations take charge of the effects of operations on the business atmosphere. Withdrawing the drug to prevent potential effects on other people was a responsibility the management of Johnson & Johnson willingly took. The strategy was effective because it repaired the potentially damaged reputation of the company (Solis & Breakenridge, 2009). Johnson & Johnson management’s decision to recall the drugs after the tragedy shows thoroughness in their actions. Not only did it offer the organization a chance to review its business strategy but also to explore the flaws in the products. Withdrawing the drug after causing a second death created room for strategic planning and evaluation of the current situation (Solis & Breakenridge, 2009).

What specific lessons can be derived from the way in which Johnson & Johnson handled the public relations aspects of these tragedies?

During the 1980s, the media environment was not as advanced as it is today. The Internet was relatively new in the market with only a selected few with access and knowledge to its use. Many individuals at the time relied on the television, radios, newspapers, fax and letters to post information. The vehicles of communication would not spread information nearly as fast as they do today. At the moment, the only way Johnson & Johnson would communicate with the multitude of its clients was through the use of television, newspapers, and radios. The current media environment allows the rapid transition of information because of the software, programs and devices that allow the use of the internet. The results of the tragedy that occurred in 1986 would be different as compared to today (Hansen, 1991). The media environment would allow a wider reach and faster transition of the information. The presence of social, mobile, search, and analytics would affect the perspective of the people. It would be more difficult for the executives of Johnson & Johnson to convince the public of an error (Hansen, 1991). The technology today allows people to carry out an extensive search on the company before making a conclusive decision. Previously people could only believe the word of the executives or the little information provided by the media. Currently, there are numerous databases and extensive information on the Internet (Hansen, 1991).

Follow the links to the care cards, house calls and FAQ sections. How do these demonstrate Johnson & Johnson’s concern for customers? How do you think Johnson & Johnson would use this website to communicate with the public if new health scares surfaced?

The links illustrate that Johnson & Johnson are highly concerned about their clients. With so many products, the primary concern is the well-being of the clients. The links within the site offer plenty of information that can assist the clients significantly when ailing diseases that Tylenol can cure. Unlike previous times where the client could not access information about Tylenol, the FAQ sections have detailed information about Tylenol and its use. The organization delivers on its promises in every encounter. It is also readily accessible to the clients in the event of a problem with the drugs (Smith, 2013). The organization has a site that allows it to communicate with the clients. In the event of a scare surfacing, Johnson & Johnson can use the site to post information about precautionary measures for the clients to view. It can advise the clients on the safety +dosing section. The information in this segment will provide the client with comprehensive knowledge of how to deal with such kind of situations (Smith, 2013). Johnson and Johnson can also use the frequently asked questions from the FAQs section to provide guidelines on how to handle issues and what to expect if there is a problem with the drug.

Solis, B., & Breakenridge, D., (2009). Putting the Public Back in Public Relations: How Social Media Is Reinventing the Aging Business of PR, FT Press.

Sherry Roberts is the author of this paper. A senior editor at Melda Research in professional writing services if you need a similar paper you can place your order for a custom research paper from writing services online

THE FUTURE IS CALLING. WHERE ARE YOU? Trends that are shaping Public Relations

THE FUTURE IS CALLING. WHERE ARE YOU? Trends that are shaping Public Relations In my recent travels to USA to attend the IABC World...