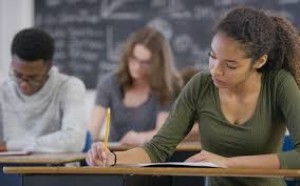 Child abuse is a serious social concern in the society that leads to harm or even death of children every day in the America and other regions of the world. Child abuse is both a psychological and an educational issue that impacts individuals, schools; families and communities, leading to both immediate effects and severe long-term consequences on the lives of all the people involved. Today, the definitions of child abuse and neglect may comprise of one or a combination of the five aspects of the condition namely emotional abuse, physical assault, emotional neglect, physical neglect as well as sexual abuse. In psychology, child abuse is defined as any act on the part of a parent, guardian or another person that leads into any physical or psychological injury or that present a risk of inflicting serious harm to any child under the age of 18 (Salkind, 2008). Examples of child abuse acts include sexual abuse and sexual exploitation of a child and failure to act to safeguard the child when an individual witnesses the abuse. Child neglect takes place when there is the failure to provide for a child’s basic needs for shelter, food, clothing, medical care or appropriate supervision. Examples also include the failure to educate a child or failure to attend to a child’s educational needs, the failure to provide psychological care and also intentionally giving a child permission to use illegal drugs and substances such as alcohol.

Child neglect is regarded as the most common form of child maltreatment because it accounts for over 50 percent of all reported incidences of child maltreatment and at least causes half of all child maltreatment fatalities. In 2013, the number of child abuse and neglect cases in the 50 states of the US, the District of Columbia and the Commonwealth of Puerto Rico was (rounded) 679, 000 cases out of approximately 73 million children under the age of 18 in those areas. However, these cases were just the official reported cases obtained from the information of official counts and official or government-based counts; hence, the number is not accurate and could be much more (Franzese, 2015).

In the society, the factors that have been identified as contributors to the highest incidences of child abuse are child’s gender, and age, family incomes, social isolation, family sizes and family characteristics such as children from single-parent households are at a higher risk compared to those from intact families. Concerning gender, girls are at more risk of sexual abuse compared to boys, whereas boys are at a higher risk for incidences such as physical abuse and neglect compared to the girl child. Ill-treatment and neglect on children have a severe adverse impact on children and also affects the parents. Some acts have a more serious effect on a child compared to others. For instance, child neglect leads to lower cognitive development and educational achievement to the victim, while child physical abuse leads to higher level of child aggression and subsequent violence as well as physical harm. Some of the consequences associated with all kinds of child abuse and neglect are an increased risk of mental health problems including depression, delinquency, and arrests, poorer physical health when older and drug and substance abuse. The social problem of child abuse and neglect occurs across all class, religious, cultural, racial, gender, ethnic, economic and geographic boundaries. According to Ritzer & Ryan (2010), there is a need to search for the underlying causes of any of these acts so as to prevent them. The UN Convention on the Rights of the Child requires that the society extends the rights of human beings as well as equal protection under the law so as to start an end to the abuse of children.

The use of community education and public advocacy would promote the efforts aiming at ensuring that children, youth, and their families are dealt with respectfully. Human service professionals would use a broad range of strategies to educate the community about these social problems. One, human service professionals would use media such as newspapers and radio to communicate and educate the community about child abuse and neglect. Two, human service professionals would organize and plan for family programs such as parent education program, parent support programs and a school body-safety program in which they would make presentations aiming at creating awareness of the social problem. This approach was used by the LaPorte County Child Abuse Prevention Council, which was a nonprofit organization founded in 1989 and whose mandate was to provide community education through a speaker’s bureau and also through information and referral services (Kinnear, 2007).

Effectiveness of Community Education and Advocacy on Child Abuse and Neglect

San Francisco Child Abuse Prevention Center is an example of a community education organization whose mandate is to teach children how to stay and keep their friends safe, teach parents and guardians how to protect their children and also educate adults on how to detect, prevent and report any act of abuse on a child. The American Psychological Association's (APA) Society for Child and Family Policy and Practice is an organization that uses advocacy to protect children again abuse. It applies psychological knowledge to community advocacy, service delivery, and public policies that affect children, youth, and their families. The two organizations are effective in carrying out their roles to protect children.

Carolyn Morgan is the author of this paper. A senior editor at Melda

order for a custom research paper from Trustworthy Custom Essay

Laws Child abuse laws are prevalent on all the facets of administration from the federal, state as well as the local levels. These...

1. In this course, we have focused on approaches that focus on the "higher levels" of the social-ecological model (organization, community...

Chapter 2 entails a description of the different contexts for Advocacy and examples of how the advocacy efforts work in various ways. The...