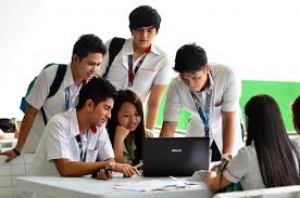 Holism and reductionism continue to be the most debated perspectives to problem-solving, system management, and other aspects of science (Graham, 2013). Reductionism is an approach that usually break down a system or problem into parts; thus, enabling one to understand the system effectively. On the other hand, holism normally looks at the overall system rather than the individual facades of the system. These two approaches are important as they help in solving complex issues. In this paper, I will describe the concept of holism and reductionism and then compare and contrast the two approaches.

Holism is an approach that usually allows checking and understanding an entity as a whole. It is an approach constituting of the rhetorical concept made in the opposition to other methods that are excessively narrow. Holism tends to help in understanding the system collectively including the organizational culture, the team spirit and many more factors (Verschuren, 2001). Holism is a framework view occurring towards an emphasis on the entire component rather than the wholeness. The holistic approach is those considering systems in their entirety instead of only focusing on specific properties or the specific components. According to experts, they argue that holism is an approach that usually allows the process of semantic, synthetic, and integration concepts. The holistic view of systems usually looks at the system in its entirety (Graham, 2013). The approach focus on the emergent system properties that emerge through the interaction of the whole system’s building blocks. Holism is an investigative and descriptive strategy seeking to ding some of the smallest numbers of explanatory principles. The holistic approach tends to illustrate that in complex systems, events tend to be separated by time and distance; thus, small catalytic events can cause large changes in the system (Ghobadi, 2007). Holism acknowledges that a change in one area of the system may adversely affect another area of the system; thus, promoting organizational communication at all levels so as to avoid the silo effect.

Holism tends to look at the big picture and embrace the complexity of the way problems interact with one another and form a mess (Jackson, 2006). In the case of management, when looking at the problem in this way, managers tend to accept the problems as not obvious and pre-determined, but constantly reviewed and managed. In holism, the appropriate response to complex problems does not rely on simple fixes, but it should construct with the wide range of the stakeholders implicated and impacted by the mess.

Holism tends to pay attention the emergent properties of the whole, unlike reductionism that focuses on the isolated parts (Verschuren, 2001). The holistic approach is a means of managing complexity through combining and conquering and not by dividing and conquering. In this approach, the view of just focusing on a single sub-system without considering the performance of the whole system may likely cause an unreliable and unpredictable final product. The holistic approach has the assumption that there is little need for understanding the individual facets of the system provided one understands the overall behavior of the system (Jackson, 2006). Holism tends to be comprehensive, and it is an ontology entailing the aspects of epistemology, and it is also ethics. Holism is an alternative approach to system thinking as compared to the reductionist approach. The holistic approach considers all parts are making up the system as existing in interconnection and depends on the entire system (Verschuren, 2001). The positive aspect of the approach is that it allows a full explanation of complex problems, allows extraneous variables, and the complex behavior warrants a complex explanation.

Reductionism tends to address a problem through understanding the properties of the system parts. The approach tends to break down a complex system into its components and each part studies individually through using several techniques. Reductionism is the basis to most scientific fields and it led to an impressive range of technologies and discoveries. The elegance of reductionism lies on the fact that getting rid of all other stuff making up a phenomenon allows us to get back to proximal causation bringing about a small part of the phenomenon. Reductionism explores the phenomenon and system functioning through decomposition and analytic approach. The relationship between the parts making the system makes the implementation of reductionism complex when dealing with a system (Ghobadi, 2007). Reductionism is an approach that relies on the assumption of parsimony when the simple underlying principle explains a complex phenomenon.

When reducing the complexity of a project, developers tend to break the project down into small portions that they can be able to handle predominantly. Handling problems in every subsection tend to take place through the use of different methodologies that are unusable if a whole system put into consideration. The focus of reductionism is on individual work, and it has no focus on the entirety of the system. In the automobile and medical platforms, professionals dealing with reductionism tend to focus on issues of tracing the faulty parts. The skills and the knowledge of the various parts of the system tend to be enough plus the ideal in understanding of the entire system and also the way it operates. Reductionism usually builds the description of the system from the description of the subsystems that a system is from without considering the relationship between the subs systems.

A major limitation of reductionism is its most useful assumption that parts of a phenomenon are independent. The assumption suggests that it is valid to look at all parts of a phenomenon in isolation from each other (Verschuren, 2001). Combining the understanding of all those parts can lead to an understanding of the phenomenon as a whole. The claim tends to be absurd, for instance, the case of the experience of consciousness. It is difficult to predict the consciousness as an outcome of biochemistry, physics, and cell biology. None of what we understand about the parts of the nervous system seems to be terribly predictive in terms of explaining how consciousness occurs.

Compare and contrast holism versus reductionism

Holism normally put the importance of the whole system before that of the individual system constituents. Holism does not usually divide the entities into small parts so as to understand them (Weigand, 2011). Instead, it ensures that the parts have a perfect relationship with one another, and there are no incompatibilities arising when reassembling the parts as in the case of reductionism. Holism normally gives the entire system the concept that is unique in its structure. The concept of the holistic approach tends to represent a more than any part of the system.

Reductionism normally focuses on developing a reference that comes with the complex system. The system should be one that the experts understand in having the skills necessary for the parts and also the properties needed so that the system can operate accordingly (Weigand, 2011). So as to operate with the complex framework that is effective, all complexities are normally broken down to pieces where the fragments become the subject to different sub-disciplinary to the whole disciplinary technique. In reductionism, it normally claims that it is possible to understand the whole when you understand all its parts and the nature of the same (Verschuren, 2001). Contrary to reductionism, holism tends to consider that the sum of all the parts of the system is smaller than the whole. Holism normally represents the current scenario while reductionism tends to represent the future or the past. As a result, holism tends to describe the system as a whole and later find the solution to all things through integrating the parts together. However, reductionism tends to use the individual parts separately and then integrate them together.

The paper discussed the holism approach as well as the reductionist approach and compared the two approaches. Based on the discussion, it is clear that reductionism break down the components of the system so as to study them individually while holism tends to study the system as a whole. The two approaches are essential because they help in understanding the nature of a system and also aids in improving system thinking. System thinking applies to different aspects of the world including biology, information technology, sociology, and physiology.

Carolyn Morgan is the author of this paper. A senior editor at Melda Research in nursing term papers if you need a similar paper you can place your order for a custom research paper from pre written essays.

Holism refers to the entire view based on the knowledge of the system, functions, and the properties of the components, their relationships...

Holism In the different field of the social, science, and technology, different processes, behavior, operations, concepts, and theories get...

Differences between Holism and Reductionism The term reductionism refers to the fragmentation of objects or events from a complex issue into...