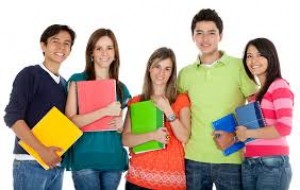 The literature review section revolving around the impact of breakfast on student performance has is not characterized by a lot of literature in the field. Breakfast intake has been associated with an assortment of positive impacts regarding the quality of diet, lifestyle attributes, and micronutrient intake. When it comes to the subject of academic performance, breakfast intake has been thought to improve student learning on the issues of behavior, cognitive as well as school performance. It, however, follows that due to the less research that has been conducted in the area, only a few studies are centering on the impact that breakfast has on academic performance. The implication, therefore, is that the literature is going to be conducted via the online assessment of article that has been published from the year 2008-2017 and index in OVID, CINHAL, SCOPUS, EMBASE databases. The following study will be essential to the establishment of the significance that breakfast intake has on student’s academic performance. The core objective of this literature review is going to include:

Strategy of Implementing the Literature Review

The objective as well as the aims of the study are diverse and thus require the use of the systematic approach to the assessment and indemnification of the assortment of studies that are going be used. Further, the literature review is going to employ the scoping review strategy as a way of ensuring there is a comprehensive assessment of the relevant studies in the area of impact of breakfast on the academic performance of students. The strategy will further play a significant role in highlighting the possible gaps in these studies. 60 articles assessing the impact that glucose has on the academic performance of students between the ages of 16 and 18 were used in the study.

While most of the systemic reviews addressing specific questions are based on an established set of implications, the use of scoping reviews allows the mapping of the main precepts that inform the study area, the main sources as well as the accessible evidence supporting the study topic. The main structures that can be used in implementing a scoping review include;

In the assessment of the relevant studies that were reviewed in this study, a three-phase strategy was adopted

Students past the age of 18 years

Any educational outcomes linked to impact of diet and students performance

Any outcome that are not related to diet and student performance

The study designs that have been published in English language.

Descriptive reports as well as discussion articles that do not offer any form of indication of whether there was variation in student academic performance due to breakfast intake or changes in nutrition.

Adolphus, Lawton & Dye, (2013), in their article argue that it has become a widely appreciated fact that breakfast is the most important meal of the day. Further, children who consume breakfast occasionally have been proved as exhibiting a higher likelihood of having better nutrient intakes than their counterparts who do not consume breakfast. Breakfast intake has also been acknowledged as having a significant contribution to the daily micronutrient intake in addition to the assertion that breakfast consumption has been regarded to be a positive contributor to the maintenance of a healthy body mass index.

Holcombe, (2010), the introduction of breakfast programs in schools does not only have a positive impact on the nutrition and physical health of the children but also enhances their academic success. They support their position by arguing that such a program enhances the children’s nutrient consumption, which has been established to promote their school performance. Access to breakfast programs in schools has been known to enhance student’s ability to improve school attendance by the students, as well as punctuality. It additionally has been shown to improve student’s disciplines and cognitive achievements; all attributes that are closely associated with improved performance.

Basch, C. E. (2011), contend the impact that breakfast consumption on the diverse learning outcomes is an issue that has been under investigation for a long period, which improvement in academic performance being the prevailing factor. Research conducted by neuroscientists indicates that the molecular and cellular process dietary behavior impact the neuronal activity as well as cellular processes impact cognitive functions. Research indicates that skipping breakfast undermines a student’s connectedness with the teachers and their peers. Extreme hunger in the school-based children has been linked to depression and anxiety (Taylor, Bogdan & DeVault, 2015). Further, the issue of absenteeism is addressed with the introduction of school feeding program will promote the rate of school attendance especially for the low-income families.

Holcombe, E. (2010). The impact of participation in the school breakfast program on children's school outcomes.

Mac Larry
Stipulation and Order of Settlement and Dismissal

Abstract Background Breakfast is recognized as an important meal. However, adolescents and young adults tend to give it little regards...