How text messaging is helping the world to connect? 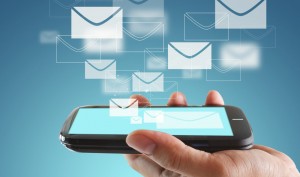 Gone are the days when you had to wait for the emails so that you can know about the present status of someone. However, when it comes to speaking about modern life, one cannot possibly miss the innovation and sophistication of smartphones. The constant redefining of intelligent devices has made the SMS service quite as comfortable as a twitch. Practically it possible to write a text at any point of time, to anyone who is living at anywhere with a network connection. However, the benefits of SMS services can never be disagreed, as it benefits everyone every day.

The concept of SMS

SMS that is Short Message Service is a text messaging service, compatible for mobile, telephones and IP phones. It uses standardized communication service that enables the new smart device to receive and deliver texts. However, the modern development has made it possible to make voice texts, that have to ease up the technicalities of typing, you can now make voice texts. That is a kind of service where you record your voice, to say the very thing you wanted to type.

You must know that SMS was the widely used data application at the end of 2010. Using the radio telegraphy, the SMS is now developed to make it compatible with modern day devices. However, the initial concept was formulated back in the 1980s, based on the idea developed by CEPT and GSM group, which was approved in December 1982. This particular service was offered at the public switched telephones. Although the first concept of SMS was developed by FriedhelmHillebrand, by optimizing the service if GSM. Initially, the length of the messages was limited by 128 bytes, later o it was extended to 160 characters. However, the first messages ever sent was in 1992.

Any technology comes up with a lot of benefits; SMS service from that standpoint has ample of it. The rudimentary of SMS is to choose an efficient network connection. The SMS service once inundated people, as it made quite easy to do things which were a hassle yesterday. The benefits are many such as SMS is an instant service; you do not have to wait for the message to reach it will happen right instantly. Text messages are download free that means it requires no smartphones to receive messages. Also, text messages are used by organizations to hold their customers and audiences. However, for information on text messaging this article may help you.

Technology has made humans depend upon it entirely like there cannot be a single day without texting somebody. However, there are other texting apps, but nothing could replace the SMS.

Imagine a world during the 1850s, when postal services were the only hope, to get your love messages to reach the doorstep of your lover. However, after new year’s when the telegram services evolved which revolutionized the way of short messages, such as (MIA) Missing in Action. Even to that services, a professional was required who would be able to read the Morse codes of a telegram.

SMS Marketing Service is the latest invention of Marketing because the number of mobile users today are much more then the viewers, readers...

Webnest infotech one of the leading providers of Bulk SMS Services in India over the years. Our wide range of administrations include...