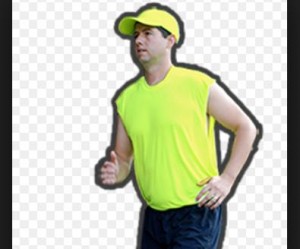 One of the most important measures that can be taken by those in certain professions and with certain hobbies is the use of high visibility safety gear. High visibility gear, sometimes referred to as reflective clothing, is used to help make an individual more visible, regardless of the surrounding terrain. There are many different applications for wearing high visibility clothing.

Those who ride motorcycles are well aware that they share the road with many vehicles far larger, heavier, and faster than their own. Being visible, especially in the dark or in heavy traffic, is extremely important for practicing good motorcycle safety. Some studies have indicated that up to one out of three motorcycle accidents could have been prevented by wearing reflective coating, due to the fact that so many accidents result from larger vehicles’ drivers not noticing a motorcycle rider.

Like those that ride motorcycles, bicyclists can benefit enormously from wearing reflective gear. Despite the fact that bicyclists are travelling at slower speeds, they are in as much if not more danger than motorcyclists, due to less protective gear and the fact that bicycles don’t make any noise when approaching moving cars. Numerous studies have shown that it is more likely that motor vehicle drivers will see and recognize bicyclists more easily if they are wearing reflective clothing, regardless of lighting conditions. Reflective clothing is effective both during the daytime hours and in the evening.

Many professions require that workers do their job in close proximity to roads, and sometimes in the roads themselves. The difference between being struck by a vehicle or not often relies entirely on when the worker becomes visible to the driver of the vehicle. Reflective safety clothing can make these roadside workers far more visible to drivers, from much farther distances—something that can mean the difference between life and death if the motorist is speeding along a busy highway. The sooner they see the worker, the sooner they can begin to slow down. Again, because high visibility clothing is effective in both daylight and nighttime conditions, it’s a good idea for these workers to always improve their visibility with reflective gear.

Another primary use for highly reflective safety gear is use by those who spend time in the outdoors. While they aren’t typically risk of being hit by a vehicle in the middle of the woods, they are at risk from other dangers, such as hunters. It may be difficult to determine if rustling brush is an animal or a human being, if there’s no immediately identifying information. However, High Visibility Safety Clothing can make a human being recognizable even from great distances.

High visibility safety clothing comes in many different styles and types. From cold weather hats to lightweight safety vests, from hooded sweatshirts to reflective strips that can be worn on the arms or legs, there are plenty of options for staying safe.

Visibility: Your First Line Of Defense From Accidents

Most accidents involving individuals being hit by vehicles are due to low visibility. Lack of illumination, rain, fog, and other conditions...

Thanks to the significant rise in the construction industry, the market for high-visibility clothing is witnessing a surge in its valuation...