How a PC keyboard works, everything you need to know 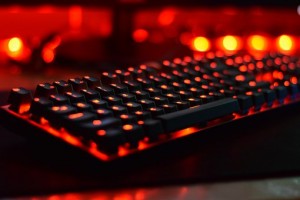 A few years ago, buying a keyboard consisted of going to the nearest shopping center and choosing between four or five options. You looked at the touch, what you will like aesthetically or that fits your budget. Who hasn't had a silver or white logitech on their desk? Therefore, we have made this guide to the best keyboards for PC.

Then came the revolution of wireless keyboards and now, for just a few years, the multitude of options for choosing the perfect keyboard has exploded. We can differentiate between mechanical keyboards and membrane keyboards, with or without cables, RGB lighting and other characteristics to consider.

The keyboard is the most widely used PC input device. It is a peripheral that translates each key pressed by the user, into a signal that the PC can understand. Keyboards can be wireless or wired, in addition to existing in different sizes and based on different technologies.

How a PC keyboard works, everything you need to know

A keyboard consists of two parts: a set of keys that are pushed in sequence by the user, and an encoder that identifies each key pressed and generates a code that uniquely identifies that key. The key set includes the standard alphanumeric keys found on older typewriters and additional keys such as cursor keys, navigation and function keys, Apple or Windows keys, and a numeric keypad.

The encoder is a microprocessor located on the keyboard that detects each key when pressed and released. To do this, the encoder maintains a set of signals in a grid of intersecting rows and columns.

When the user presses a key, a connection is established in the grid. If, for example, the connection is in the first row and the third column, the encoder immediately identifies the pressed key and sends a special signal, called a "scan code", to the PC. The PC translates the scan code into the appropriate binary code, and displays the character on the monitor so that the user can verify that the correct key was pressed.

The PC keyboard is based on the design of the first typewriters. Until the end of the 19th century, the keys of typewriters were arranged in alphabetical order. In 1872, Christopher Latham Sholes (1819–1890) developed the first typewriter, which featured the QWERTY keyboard (pronounced "kwer-tee"), so named because the first six letters near the top left of the keyboard are Q- WE-RTY. The new design was designed to improve typing speed, and to place keys less likely to be hit in rapid succession on opposite sides of the typewriter. This was done to make the machine less likely to jam.

The Dvorak keyboard is considered by some to be a more efficient design because it concentrates the most used keys in the center row of the keyboard. Proponents claim that the Dvorak design allows 70 percent of keystrokes to be performed in the center row, compared to 35 percent with the standard QWERTY layout.

While QWERTY is by far the most widely used design, some popular operating systems (such as those from Microsoft and Apple) have a built-in option to host Dvorak and QWERTY keyboards. Also, one-handed Dvorak designs are available to users who use only the right or left hand.

Many operating system supports a different layout. For example, Microsoft Windows operating systems support dozens of configurations. A locale determines how your PC adapts to language and regional conventions, such as keyboard layout, sort order, currency format, and date, time, and number format.

Some non-US language keyboards USA they are electronically identical to those produced for US customers. But they have special keycaps and a special software program, called a controller, to translate each keystroke to the appropriate symbol for that language. For example, a Thai language keyboard would need a Thai driver to translate keystrokes into the correct Thai characters.

Ergonomic keyboards were developed to treat common hand, wrist, and arm ailments among typists. Uncomfortable wrist positions can cause muscle, tendon, and nerve injuries to the wrists and forearms, due to decreased blood supply, or compression caused by inflamed tendons.

Ergonomic keyboards aim to reduce the incidence of repetitive strain injuries, including carpal tunnel syndrome, by placing the keys of each hand in a more natural position for the typist's arms, wrists, and hands. Ergonomic keyboards include wavy keyboards, split keyboards, and separate keyboards. Keyboard operators should pay special attention to ergonomic factors in their working environment. The chair and keyboard should be positioned so that the typist can sit upright with his feet flat on the floor and both arms can move freely without hitting the armrests or straining.

Cherry is the main manufacturer of mechanical keyboard switches, below we summarize the most outstanding characteristics of its most used models.

Cherry MX Blue - This is the most common clicky switch, and was first made available on Filco keyboards in 2007. Blue switches are preferred by typists due to their tactile bump and audible click, but may be less suitable for gaming because of its highest activation force of 50 cN, and it is slightly more difficult to double-tap, since the release point is above the actuation point. Blue switches are noticeably louder than other mechanical switches, so these switches can be a bit disruptive in nearby working conditions.

Cherry MX Brown - The most popular type of touch switch, which does not click. This switch was introduced in 1994 as a special "ergo soft" switch, but it quickly became one of the most popular switches. Today, many are sold with brown switches, as the switch is a good option in the middle of the road, suitable for both writing and gaming. They're also great for writing in office settings, where a blue switch might bother some.

Cherry MX Red: Introduced in 2008. They have a low actuation force of 45 cN, just like Brown. Red switches have been marketed as a gaming switch, with a light weight that allows for faster actuation, and have become increasingly common on gaming keyboards.

Cherry MX White: They are very similar switches to the Brown ones, but with an activation force of 55 cN, reason why they are somewhat harder and make more difficult the erroneous pulsations. Today they are hardly used.

Cherry MX Black - Introduced in 1984, making them one of the oldest Cherry switches. They have a medium to high actuation force, at 60 cN, which means they are the hardest of the more common Cherry breakers. They are generally not considered ideal for writing due to their high weighting. Stronger spring also means they bounce faster, which means they can be operated fairly quickly with enough force, though fatigue may become a more important factor than with other switches.

Cherry MX Speed??or Silver : This is Cherry's newest switcher, with a low actuation force of 45 cN. Its main feature is that the activation point is only 1.2 mm, compared to 2 mm for the other Cherry switches. This makes them the fastest switches on the market, making them ideal for competitive gaming.

Cherry MX Silent: These switches stand out for being the quietest of Cherry MX, something that is achieved by placing a piece of rubber inside the mechanism to cushion the impacts between the different pieces that make it up. This makes them ideal for offices and work environments where you don't want to give up a mechanical keyboard.

Market ScenarioGlobally, the mechanical keyboard market is expected to gain immense popularity among the gaming industry. According to the...

Akash Sangshetti
How to Use SwiftKey with Bluetooth Keyboards on Android

SwiftKey works smoothly with some of the models of Bluetooth keyboard. After you have connected the keyboard to an Android, then you can...

Embedding the KeyGrabber Module inside a PS/2 or USB keyboard is a one-time process and has to be done by the user. Data typed on this...