Your Attested Marriage Certificate Might Not Be Valid In UAE Courts 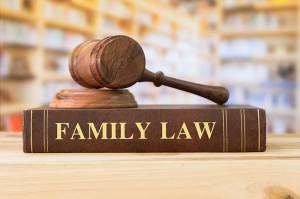 The foregoing statement can be witnessed in different judgments issued by the courts of UAE in divorce cases of foreign residents filed before the courts of UAE, wherein one of such judgments will be discussed in this article by Family Lawyers of Dubai.

Marriage is a contract that legalize the enjoyment between the husband and wife; its objective is to protect and to form a steady family under the care of the husband and ensuring the spouse the assumptions of affection and compassion as mentioned in Article 19 of the Law. Nevertheless, as mentioned above, the Family Law lays down certain prerequisites for to prove the occurrence of any marriage solemnized within or outside the country. This is in accordance with Article 27 of the Law which primarily states that Marriage shall be officially recorded, but in consideration of a specific fact, it can be proved by other means admitted by Law of Sharia.

The afore-mentioned statement was well explained by Dubai Personal Status Court under case number 1032/2017 wherein the plaintiff (husband) registered a divorce case against the defendant (wife) by submitting the Marriage Certificate attested by notary public of New York as the marriage was consummated in USA. The Plaintiff confirmed that the marriage was made in accordance with the American law and considering the defendant is a Christian, her guardian did not attend the marriage ceremony (as not required in American Law) and the dowry was never discussed. The plaintiff asserted that defendant is not obedient and initiates fights on the grounds of different religion and thus requested annulment of marriage.

The parties since failed to amicably resolve the dispute before Family Guidance Committee, the matter was registered before Personal Status Court, wherein the Defendant submitted her defense stating that the Courts of UAE are incompetent to issue a judgment on the concerned case.

Upon receiving the memorandums submitted by both the parties, the court issued a verdict based on several provisions which will be discussed in following paragraphs. Primarily, the court established that both the parties are not citizens of USA, thus, none of them requested to apply for the country of their origin and thus, in accordance with Article 2(1) of the Family Law, the case will be governed in accordance with the Family Law of UAE.

Secondly, in reference to the defense submitted by the defendant (challenging the competency of UAE courts to issue a verdict on the said case) the court ruled that the statement of the defendant is invalid as per Article 5 of the Family Law which reads as follows:

The courts of the state are competent to look into the cases of personal status filed against citizens and expats who have country of origin or address or place of work inside the country." Having said that, since at the time of registration of the case, both the parties were residents of UAE, thus, courts have full jurisdiction to try the matter. Furthermore, the court while confirming the validity of the marriage certificate relied on several provisions of the Family Law such as Article 4, 27(1) and 3 and Article 12(2) of the Civil Procedures Law. Additionally, the court confirmed that the prerequisites to determine the validity of the marriage is referred mainly to the law of each party as the time of marriage and that means of documenting the marriage as one of the formal conditions of marriage, which falls in the scope of application of the country where the marriage has been concluded and that documenting the marriage is originally by official document issued by the judge or priest appointed by the minister of justice.

In furtherance, it is valid and important to document the marriage as per Sharia principles in terms of witnessed by two men or one man and two women, where it is not feasible to document it by decisive oath or even by turning it away and to evaluate the existence of a certain fact in case of non-documentation of marriage is one of the topics exclusively determined by the court whenever its judgment was based on solid grounds with strong reasoning of documents, it is also established that validity of marriage cannot be determined except after proving it in accordance with Sharia Law (referring to Personal Stats Court of Appeal case number 65/2007).

Additionally, the court referred to Article 38 and 39 of the Family Law stating that the guardian of an adult woman is responsible to conclude the marriage contract for her upon her acceptance and she shall sign the contract, and the contract shall be considered null and void if signed without guardian. In this regards, as confirmed by the plaintiff that the father of the defendant did not attend the marriage and there was no discussion of dowry and the submitted marriage certificate does not indicate any offer and acceptance, guardian, dowry or witnesses, hence this marriage is missing its pillars, and the court rules with the rejection of the case in the manner expressed in the verdict. The court relying on the foregoing principles rejected the case and obliged the plaintiff to pay relevant expenses and court fees.

In conclusion, I wish to update my readers that not all the marriage certificates are valid in UAE Family Courts, even if they are completely attested by relevant embassies in UAE or other respective authorities in case if one of the party is Muslim and the marriage was supposed to be according to Islamic Principals. In such events, if your marriage is not according to the Islamic standards and it was considered invalid, there might be some serious consequences on your divorce applications or custody and maintenance claims.

Angola is the African country and its not coming under the HAGUE convention so Apostille is not Accepted there. For making the Validation of...

ABOUT MARRIAGE REGISTRATION CERTIFICATE IN DELHI:A Marriage Certificate is the legal proof of registration of a marriage. It is an important...