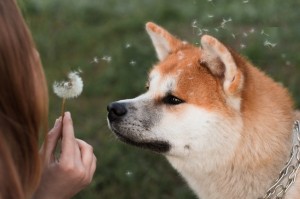 In the current world we are living in, many families eat meat daily, buy leather products daily, go to zoos, and even circuses. Many buy pets and keep them at home while others trap beautiful birds and lock them up in cages. Some go fishing every day, others go to McDonald’s for burgers, while others have to wear silk and wool clothes to show their sense of style and fashion.

The Emergence of Animal Rights Activism

To start with, everyone should know that the basic principle of equality does not require identical or equal treatment; instead, it requires consideration. Have you ever asked yourself whether animals should have rights? If your answer was no, you should reconsider.

Animals have the right to live lives free from exploitation and suffering. Just like all humans, animals have the ability to suffer and feel pain. Animals feel lonely, frustrated, fearful, pain, and they need love.

Animals have an inherent worth that is different from how useful they are to humans. Every living creature has a right to live a life without suffering or pain. Prejudice is not acceptable in terms of morals. If you wouldn’t eat a cat, why eat a goat?

Both cats and goats have the same capacity to feel pain but prejudice makes us think one animal is there for companionship while the other is a meal.

Animal rights activists emerged when they saw the prejudice people have on animals and swore to stop that. Ever since that time, different people have joined the animal rights movement with an aim to fight for animals’ rights.

The National Animal Rights Day in 2018 was held in Los Angeles and was commemorated to remind people that animals have rights too. The Animal Services Commissioner for Los Angeles at that time was Roger Wolfson. Previously, Roger was the counsel to various political figures like Ted Kennedy and John Kerry.

On the National Animal Rights Day, Roger Wolfson made a speech to the crowd. He gave a story about a dog called Cargo. The dog was found in the streets of Los Angeles and had been sexually assaulted and, unfortunately, passed away due to the injuries.

Roger said commuting sexual crimes to animals and poisoning them is cruelty. Roger asked the crowd to help in ending such crimes and informed people of the rights animals have.

Many celebrities have joined different movements for animal rights. Some have even made themselves public in activism sites to inform people.

As you can see, treating animals humanely is what animal activism is all about. If everyone would think about what they can do to make life better for animals, and then proceed to make the changes, the world will be a better place.

The global animal healthcare market is observing significant growth due to increasing adoption of pet animals and growing global consumption...